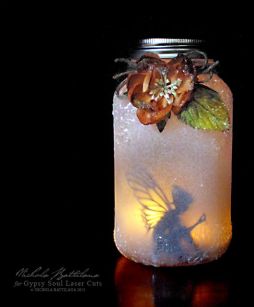 The original, as far as I know, is by Nichola Battilana, or at least is hosted on her youtube channel.

Not much I can say about this make it that isn’t covered in the original video found HERE, but I managed a few things!

I located a fairy image via google and I traced it onto paper. I then glued it onto card and glued a second layer of card onto that. A third might have been a good idea, or maybe even using cardboard! But I didn’t want to be sat with a craft knife for ages. 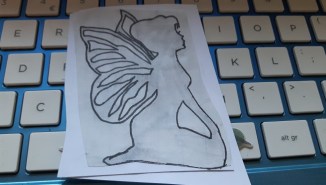 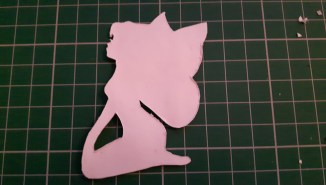 That’s also the reason I opted not to cut out the lattice work on her wings. Another reason for that was because I couldn’t figure her back wing. It’s lattice work should be seen through the front one, but it’s just confusing.

If you stick your fairy in first, don’t put the tissue paper join at the front because that’s just silly and you’ll have to spend ages picking at the join with tweesers to make it less noticeable…. 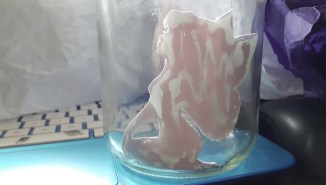 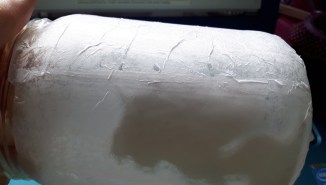 Also, if you decide to use glitterglue instead of glue and glitter, don’t layer it all on at once. Use a thin layer at a time and add more once that’s dry, or you’ll be waiting till November for it to dry. Which is why this is on a piece of paper for the photograph below. I also had no battery string lights so I used one of the little LED lights I used for the Cloud Light Make It, as I got a bagful (when they turned up). I blu-taked it to the back of the jar though, because that’s where it gave the best light. 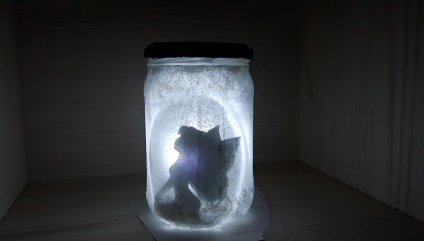 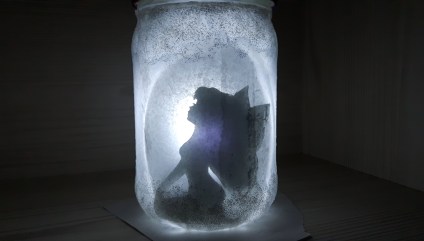 I’m going to make a whole bunch of these and leave them around the garden. Then my room. Maybe give some to my favourite people, or at least people who pay me the right compliments…
Once the glitter glue is dry, some time next week, I’m intending to decorate the neck of the jar too. You don’t need to be a child to love this! Remember to never ever put a real fairy in a jar.