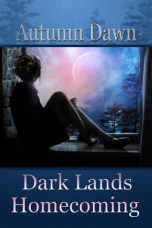 “I wish you would just give up, unless you’re craving another private meeting with ‘Lord Lips’.”
-39%

She can feel it in the air… they’re coming for her.
She fears the wolf in her blood; he is the king of them all. Can a woman who fights her inner beast let the master of the hunt rule her, too?

I’m happy that we got to see Wiley’s side of the story, though I found her infinitely more frustrating than Jasmine. Jasmine seemed to accept staying a lot more readily that Wiley and it was Wiley’s home land. Ok, technically she was somewhat abducted and told she was going to marry a sort-of stranger, but there was no one important back home and there was plenty of family who wanted her to stay. It just all seemed silly.

Jayems seemed more patient in The Charmer – or so it said. But perhaps that was in the moments that this skipped over, because even though this is pretty much The Charmer from Wiley’s POV, The Charmer didn’t follow them all around every minute since the start of the book so there were some events the same and some different. There were also things going on the Jasmine missed, which makes sense as Wiley calls her a dreamer. This is also sorter than the original too, simply covering the important bits from Wiley’s arrival in her birth land.

I was surprised that there wasn’t more about their marriage. Having deluded herself so much she didn’t really fight to hold onto her delusion – not that I wanted her to at all! That may have made her beyond annoying, but she was holding out on so much else it seemed odd. Perhaps she finally came to her senses and admitted how she felt? Or it just wasn’t presented to us. Or maybe it was just totally distracted away from her and in about 3 years she’ll suddenly realise she was too busy melting and forgot to fight. If that’s true, hopefully she just shrugs and gets on with it…

All the painful first time sex has been bothering me though – earlier this year I learnt that if properly prepared the first time can hold little to no pain at all and from the sounds of it, these guys are all about the build up. But then, considering I learnt something pretty fundamental about my gender’s body from youtube and not sex ed/biology classes I’m unlikely to come across it in many books!