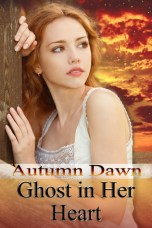 “Men might rule the world, but women created life, made it grow within them.
Without the womb there was no kingdom to govern, and a king was as useless as the next man.”

Every man has a little beast inside…every woman longs to tame him. Where will you be when the beast roars for you?

This…What is this?! How is this number 5? How does it relate? What’s going on? Is this tons of years in the future or what? They’ve got Rain’s tech but that’s all that seems to be the same.

There’s mass kidnapping in this one and it’s fully creepy now. It’s not as though they were taking the women to keep them safe this time so it’s not as almost ok as the others. Different advertising would have made it a little better. ‘Escape it all’ etc. OR alternatively, move to earth for a bit, find a girl, fall in love, bring her home…
This lack of choice has been presented to the women as a limited choice. But it’s no choice at all. They have to accept a husband from those presented to them. The younger women – girls even – don’t get to choose from males their own ages either. It’s pretty different to the other books and has begun to fully highlight the things that was wrong in them too.

The obsessions over virginity and ‘pure’ and the emphasis on the first time pain for the women is beyond ridiculous now. Where as before it was almost and interesting species quirk that actual sex bound them for life but foreplay was an acceptable past time between consenting adults, this doesn’t seem to be the case any more. And anyway, it doesn’t need to be painful! Even those rare few who weren’t virgins still found it painful. If it’s painful it’s being done wrong, end of story.

It’s really a shame, this world was getting fascinating and it was just shy of annoying me with stupid and un-logical/ exact-same-pattern plots like the Dark series by Christine Feehan, then it sort of jumped way over that line it was skirting and I’m not going to read any more – especially as it seems the last book has no relation again! Also, this book is pretty scathing against same sex relations (Shouldn’t past biology mean that those guys are now married?!) and while it’s possibly due to the fact that their activities are not creating daughters, it’s unlikely to be explained/resolved/expanded on in the next book which just seem nasty.
Also, having thought about it, should it not be the MALES taking the medication? Considering it’s up to the male’s contribution to determine the gender of the baby…? Doesn’t that then mean that the males should be the ones affected?

Ok, so I looked at the reviews of the last book and I discovered that this one is actually about the other side. There’s the Haunt, then the Symbionts and then these guys who are the Beast people who the Symbionts were at war with in the last book that made more than a passing sense. But going into this I had no idea and now I’m even more confused about what’s going on. Of course, it explains why they are suddenly more able to procreate with humans. It’s not something they’re grown out of, it’s something they never had!
I’m feeling a tiny bit less angry at this book now, but the whole rapey way of getting their rocks off and making sure there’s women for everyone is still leaving a nasty taste, as are their pure/anti-same sex views. I doubt all the questions I have left will be answered in the last book, besides I’ve already deleted it. All of them actually – luckily there was a quote for this one on Goodreads!

I’m disappointed such a potential filled world crashed and burned quite this badly.