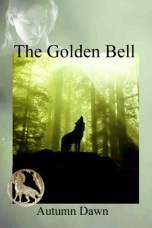 “Our pigeon remembers nothing and has flashbacks that make my sister’s PMS look like a Brady Bunch reunion. I’d say toss her back, but she’s a menace to society.”
- 17%

You can bring them in from the wild, but you can’t always tame them.

Fallon is a man with a bloody past, and a rough and ready way with justice. Rain is a woman on the run, and now she’s under his command. She’s outsmarted men before, but is she woman enough to handle him?

Another kidnapped-to-be-kept-safe book. Though, technically it’s sort of returning her to her people. But Rain isn’t fond of that. She’s Fallon’s match and he seems to have casually decided she’ll be his. They don’t seem to bothered about being in love, they just sort of seem to marry without the build up the others had. There also seems to be less story and conflict etc. While their relationship is something sort of cute – if you take out of the equation that Fallon was sort of abusing his position of control over her – it sort of lacked the fire of the others.

It was interesting to see something of how their protection of the portal worked and see something of their council, but there wasn’t enough!!! And Why weren’t the others in this story much? The women still at the castle would have had some advise for her for sure.

Using the children was underhanded and cleaver. As for the rest of it, well, it was a little odd. Though in this case if she’d been reassured then perhaps the ending would have been different. But then, having thought about it, the difference could have been more actiony and still have the same outcome. Which would have made it seem more like it fit in with the other stories in this series.

This seemed like a pretty easy take down for Fallow whose been fighting it for some time. Also, why didn’t they address the fact that she was half human more? How did her mother carry her to term?! Her inventions were pretty exciting though! I’d like to see more of them, but considering there’s nothing further about the mysteries of the last book in this one I don’t think there’ll be much about her inventions in the next…

Also, we’re not going to even mention how wrong most or possibly all the stuff about England (and the accent) was. To save time and distress you understand. Shillings!