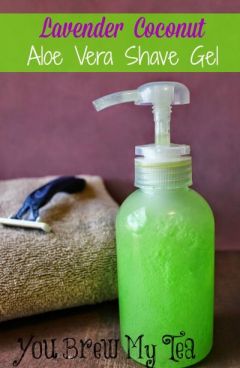 So some back story. Feel free to skip! Though, it CAN maybe help you save some money.
Previously I used your average woman’s razor. Basically once you’ve got the handle you’re just in need of the blades. expensive blades…Looking it up for a comparison just now, womens blades are roughly £2.99 a blade (I didn’t round it up) where as mens blades are £2.58 (again, didn’t round up.) Which explains why a lot of women use mens razors. 50p isn’t much, but it builds up! Anyway, I was coming to the end of my blade stash and I was investigating the zero waste movement when I came across the safety razor.
(This guy:) 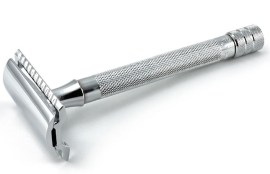 More expensive for the handle as it’s metal. However, get this. for a pack of 100 blades, yes, one hundred, I paid £6.22. That’s 6p a blade. I’m set for the next 8 years. AND there’s no plastic! Pretty fantastic right?
Well, mostly. It’s taken me a month, maybe 6 weeks to re-learn how to shave my legs. I also can’t use shower gel to shave my legs any more. I bought a special organic shave gel, but it didn’t get on with my razor so I’ve been using the last of some cheap conditioner that worked well and I trued the Lush body conditioner which wasn’t so bad either but they weren’t the best. I have a bar of shave soap that’s alright but my skin feels odd and dry afterwards. So I decided to make my own and see what happened.

Honestly I chose this one because it needed no heating or whipping etc. Especially at this temperature.

I mostly followed the instructions found on the original blog post:

Except I only had 100ml of aloe gel so I adjusted accordingly. I mixed them together in an old washed out conditioner pump bottle, it still has it’s label so sorry about that. Mine isn’t nearly as green but that’s not an issue. 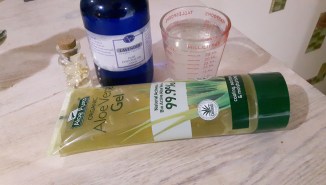 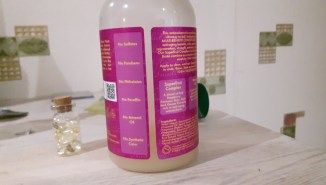 Woah, Holy bananas Batman! This stuff is fantastic! After use my skin felt quite conditioned and lovely and the smoothness lasted so much longer, as though it helped the shave. I need to make some more of this!! Not the best for travel however, as it’s a liquid so I may just search for a solid one too.