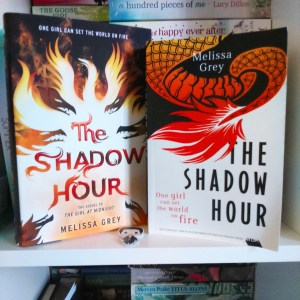 Thank you to Atom for the chance to read this book in exchange for an honest review.
Publish Date: 12th of July

A battle has been won. But the war has only just begun.

Everything in Echo’s life changed in a blinding flash when she learned the startling truth: she is the firebird, the creature of light that is said to bring peace.

The firebird has come into the world, but it has not come alone. Every action has an equal and opposite reaction, and Echo can feel a great and terrible darkness rising in the distance. Cosmic forces threaten to tear the world apart.

Echo has already lost her home, her family, and her boyfriend. Now, as the firebird, her path is filled with even greater dangers than the ones she’s already overcome.

She knows the Dragon Prince will not fall without a fight.

Echo must decide: can she wield the power of her true nature—or will it prove too strong for her, and burn what’s left of her world to the ground?

Welcome to the shadow hour.

So here it is! Finally! I’ve been dying to read The Shadow Hour ever since I finished A Girl at Midnight. I’ve waited (not so) patiently for just over 15 months and I’m thrilled to report that that wait was not in vain!

The Shadow Hour continues on from  A Girl at Midnight. Echo has been struggling to come to terms with who she has become, The Firebird. She is haunted with nightmares about death and destruction, only to find out that some of her nightmares are becoming reality! Echo fears that she is the cause of these devastating events and in some ways she is… because by becoming the Firebird, Echo also released the Kucedra, a beast made of Shadows who feeds on fear and death. For everything must have it’s balance! This beast has Echo in it’s sights and will destroy anything in it’s path. Many innocents will die unless Echo can find a way to stop it.

I was instantly pulled back into this series, hungrily devouring it in every spare moment I had. The pace may be a little slower than A Girl at Midnight but I feel it found a good rhythm, balancing action and suspense with character development and beautiful moments of friendship. What was great about this book was that it allowed the characters to shine. The group split up to tackle different dangers and by doing so, secondary characters, such as Ivy and Dorian were given more time to win our hearts!

I loved Ivy and her shy but determined personality. She tackled some rather terrifying situations in this book and even put her life on the line for her friends. She was the most loyal and loving friend, even to Dorian. Which was amazing, considering how much they hated each other at the beginning of A Girl at Midnight. It was great to see their tentative friendship grow.

For me Dorian and Jasper will always steal the lime light when it comes to romance! It’s still a slow burner, with Dorian unsure of how to express himself and Jasper not wanting to push to fast, and sadly there was a complication in the form of one rather irritating and unwanted Quinn, who just happened to be Jasper’s ex and a warlock, but I think everyone will be happy with how this relationship progresses. I sure was! I can’t wait to see them again in book 3. I’m already swooning!

In terms of Echo and romance, I’m a bit confused as to where we stand now. Echo spent so much of this novel trying to find out who she was, that she didn’t really get much time to explore her feelings for Caius or even her feelings for Rowan, (who is back by the way). She had moments with both of them so I guess we’ll have to wait and see where her heart truly lies in book 3.

As you can see there are quite a few love-triangles popping up all over the place, and in some ways this was a shame because it ruined the progress we’d seen in A Girl at Midnight. I get why they were included but honestly, for me, I found the two, working in parellell to each other, a bit too much.

I thoroughly enjoyed the final few scenes of this book. They were full of action, suspense and dread. So many had died running up to this point that I was scared we were going to lose a member of the team. Tanith (who became the vessel for the Kucedra) wreaked absolute havoc as she was completely taken over by the shadow and poor Caius found it difficult to watch his sister slowly disappear. She may have betrayed him but he still loved her. It was heart wrenching to read.

All in all a great sequel and I can’t wait to see how Echo puts her ‘stealing skills’ to good use in book three!