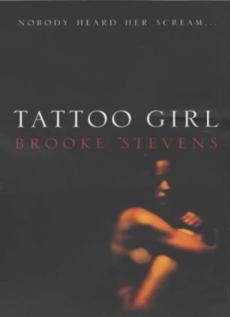 When Lucy reads about Emma in the papers, she knows she’s the only one who can help this girl recover from her mystery trauma because she’s a freak too. But she was a freak long before she because a fat lady in a circus side show and being a freak isn’t always a bad thing. Emma was found one night, alone in an empty shopping mall. Tattooed all over with fish scales and speechless, she doesn’t seem to live much within the world, suffering terrible dreams. Determined to help her daughter, Lucy visits places within her past she’d promised herself she’d never return to. And as she gets closer to the truth, Emma becomes more herself and finally starts to remember…

This was a slow to start book, and yet it wasn’t slow at all. It was perfectly the right speed, which doesn’t make sense. The speed you drive on a meandering country road would be far too slow for the motorway and the speed of a motorway would be deadly on a country road. This book was that country road. It dropped you into what you come to realise was actually the middle of the story, and then it proceeded to give you the back information as it became relevant. If you’re interested in a fast moving, high octane thriller, this is not the book for you.
This book is so much more horrific when you consider that it could actually become reality. That there are people out there who are so focused on the printed word that’s been re-translated and rewritten till the original message was lost that they lose sight of reality and believe that if they just kill themselves at the right time all will be well, or that wiping out a group of people with a different characteristic won’t matter because they aren’t really human, blah blah blah. (I could continue in this vein for years, but this is meant to be about the book!).

The characters are…characters and this book is written from a distance so even though you get much insight into them, it’s still hard to envision them as real people. But the story line is all very clever when you realise, the horror that Lucy went through actually saved her from going through what happened to Emma. Is that a blessing? Perhaps, because, together they were able to stop it. But in the end, it’s impossible to measure one horror against another because everyone perceives and reacts to things differently.
It’s hard to say when this was set, no one seems to have a mobile phone and if any mention was made as to the date, I certainly missed it but it has a feel that reminded me of Water For Elephants by Sara Gruen which is set roughly around the 1930′s I think.

Wow, I hadn’t realised how deep this book actually was till I came to the review! It’s not in the print, it’s in the thinking.