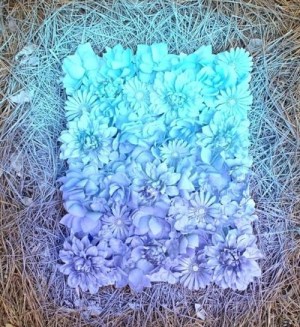 Today’s make it Monday involves pretty stones! But only by accident…

I had a packet of faux roses someone gave to me and there was really nothing to do with them. Then I remembered this pin! (picture is linked) 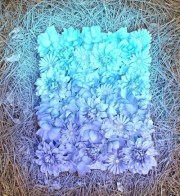 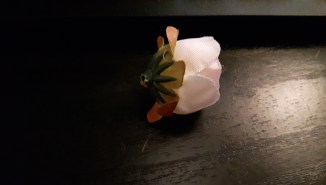 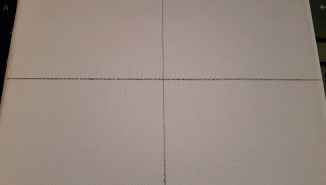 First I found the centre of the canvas and I glued one there, then I realised it was a smarter idea to put the glue on the rose rather than the canvas and did it that way instead. 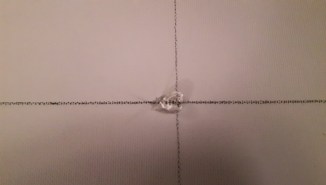 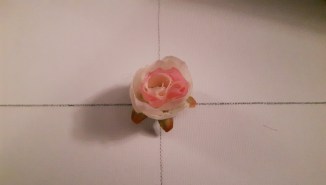 I discovered that I started placing them too close and had to try fluffing the outer roses so I was more careful the further I went on. Or at least I tried to be. 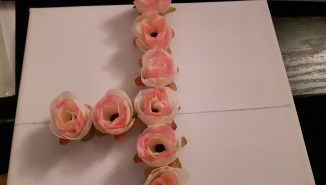 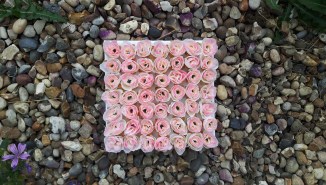 I left it to dry over night, then I placed it on the stones in the garden that are in need of a good weeding and another layer of stones – any stones I painted will be covered up later. I have 3 colours of spray paint and I intended to make an ombre purple flower canvas. 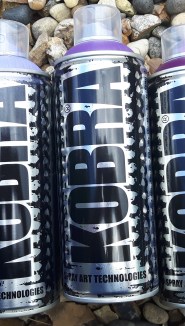 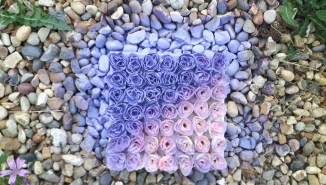 I started with the palest colour as that’s generally the easiest colour to correct if things go wrong. The mid colour didn’t spay so well, especially when I was making sure the centres and the canvas underneath were all covered. Then I added the last colour. I adjusted the boundary lines a few times and I tried to get it so that the flowers between colours sort of had the next colour on the tips, o I saturated them with the previous colour, then I sort of dusted them with the next. 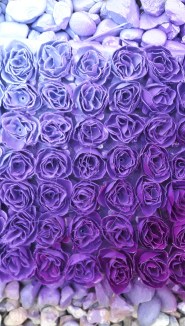 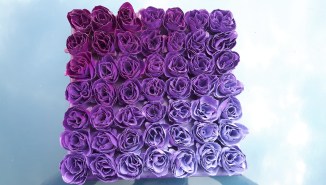 I left it where it was to dry for a few hours and when I picked it up, I had a pretty square on the ground! 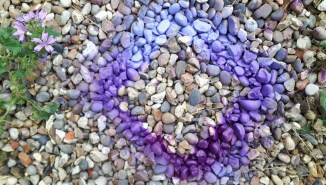 I’s really impressed with this! If I hadn’t promised it to mum for a gift to someone I’d be keeping it. Look what happens when you hang it the opposite way to the paint, it’s pretty effective. 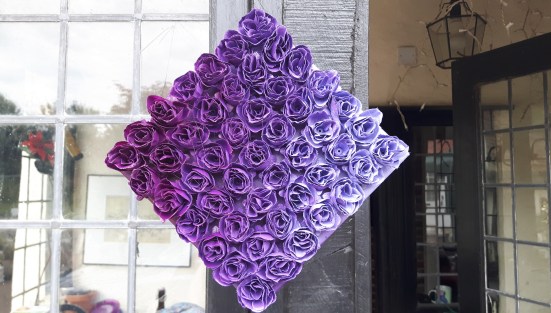 I might just have to get myself more roses! And more spray paint…cause I think I’ve found a new favourite thing!

Though, the paint does stick to all the stringy pieces of glue gun glue so I’m going to have to pull them all off before we give it away.