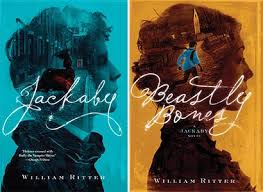 With the release of Ghostly Echoes fast approaching I thought it would be a good idea to recap the previous two book.

So I enjoyed but didn’t love Jackaby. It was funny and well written but the story was a little predictable and it was clear the target audience was a lot younger than me. If you want to read my full thoughts of Jackaby, you can find my review HERE. 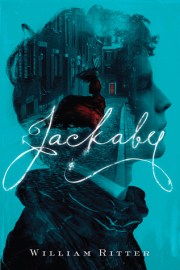 Beastly Bones was so much better than Jackaby, in my opinion. The story was more complex, the characters more developed and the witty banter was totally on form. I thought the balance between Jackaby and Abigail was better too. You can find my full review HERE. 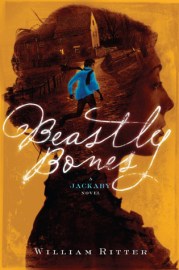 The highly anticipated follow-up to the “rich world”* of the “lighthearted and assured debut,” featuring an “irresistible character” whose first thrilling and original adventure “demands sequels.”*

“I’ve found very little about private detective R. F. Jackaby to be standard in the time I’ve known him. Working as his assistant tends to call for a somewhat flexible relationship with reality.”

In 1892, New Fiddleham, New England, things are never quite what they seem, especially when Abigail Rook and her eccentric employer, R. F. Jackaby, are called upon to investigate the supernatural.

First, a vicious species of shape-shifters disguise themselves as a litter of kittens, and a day later, their owner is found murdered with a single mysterious puncture wound. Then in nearby Gad’s Valley, now home to the exiled New Fiddleham police detective Charlie Cane, dinosaur bones from a recent dig mysteriously go missing, and an unidentifiable beast starts attacking animals and people, leaving their mangled bodies behind. Charlie calls on Abigail for help, and soon Abigail and Jackaby are on the hunt for a thief, a monster, and a murderer.