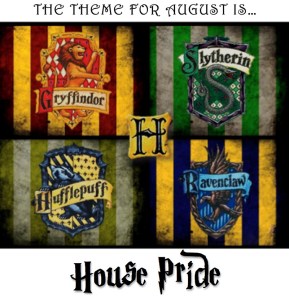 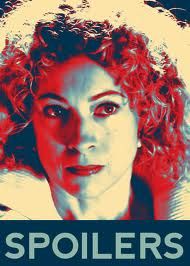 You’ve been warned! If you don’t want to see the contents of this AUGUST box then look no further.

We like stuff.
We LOVE book stuff.
Join us on those sundays where we’re just bursting with excitement as we show off our new book stuff!
Please link back to us if you too are a lover of showing off stuff on Sundays, thank you. 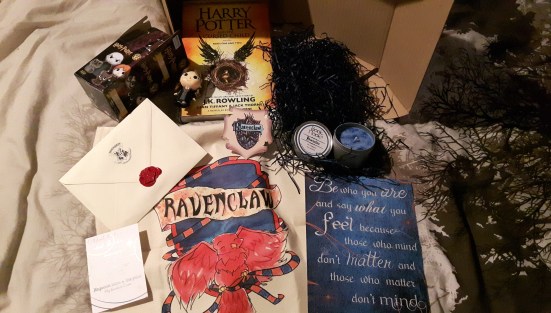 This month’s theme was HOUSE PRIDE! And when you ordered it you chose either your house or your favourite house. Being a Ravenclaw, I chose Ravenclaw, I’d say ‘obviously’ except, if the wrong crest had been used in the advertising, I really wouldn’t have. I don’t know why they changed the colour and animal for the film, but it annoys me immensely.

This month we got:

1.Harry Potter and the Cursed Child by JK Rowling etc
2. A Barnes and Noble exclusive vinyl figure
3. A Ravenclaw candle by Book & Nook
4.A Bookmark crest by Raquel Leite
5. A Ravenclaw tote vy Tj Lubrano
6. A Ravenclaw quote – Luna Lovegood by My Bookish Crate
7. Hogwarts letter by my bookish Crate

I was so pleased with this! As I unwrapped the tote I was saying ‘please be the right crest, please e the right crest!’ it wasn’t a crest in fact, it was a fantastic and accurate custom design! And I KNEW this was going to be the book in this box! could it really be any other?!
I’m not sure what the candle is meant to smell of, it sort of just smells…clean…
This month’s ‘info card’ was a tiny rectangle that just gave the designers of the bookmark, tote and letter/print which was thoroughly disappointing, there was no details or pretty picture – which could have been multi box friendly with a Hogwarts crest!
This box was nearly 3 weeks late and while we were promised a delivery notification email with an explanation, but I haven’t yet received one. While a delay wasn’t a problem for me this time as otherwise it would have arrived while I was on holiday, an explanation would be nice.
I’m yet to open my Hogwarts letter – there may be more information in there though I doubt it – and I doubt I ever will, because it’s nice and intact and pretty!

Having been so disappointed with the last box this one was fantastic!
Which Hogwarts house are you? Do you relate to your house?