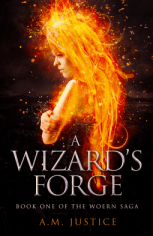 Thank you to Netgalley and the Publisher for the chance to read this book in exchange for an honest review.
Publish Date: 19th September 2016

On a planet far from Earth, descendants of marooned space travelers fight a decades-long war. Shy scholar Victoria knows nothing of this conflict until pirates kidnap and sell her to the sadistic tyrant behind it. He keeps her naked and locked in a tower, subjecting her to months of psychological torture. After seizing an opportunity to escape, Vic joins the fight against her former captor and begins walking a bloody path toward revenge.

As the Blade, Vic gains glory raiding her enemy’s forces, but the ordeal in his tower haunts her. Bitter memories keep her from returning the love of the kindhearted Prince Ashel, whose family has fended off the tyrant’s invading army for a generation. When enemy soldiers capture Ashel, Vic embarks on a quest to rescue him and, on the journey, discovers a source of spectacular power. With wizardry, Vic can rescue the prince, end the war, and wreak the vengeance she craves, but she might also destroy her only chance for peace.

I have mixed feelings about this book.
It started off fantastically, it was engaging and gripping and I couldn’t put it down!
But then it started to feel like it was being dragged out, maybe because the way the story was written made it feel as though it fell into two distinct parts. The last 15% was almost a chore in the end, I felt like I was forcing myself to read it. Perhaps it has something to do with Vic having four new beginnings within this story with a massive shift in the middle?  Or maybe it was because I was as scared as Vic about the finale and what would happen! (Note from right after I finished: ‘The book has ended and my tummy is still in knots, what’s going to happen next?!’)
I’m tempted to say that there are a few things I’d have done differently with this story where it mine, but then I’m not enlightened with the end destination, so I could be completely wrong!

This world was an interesting mix of magic and science and I look forward to finding out just how they integrate into each other in future books, I do so like merges like that. I’m especially curious about how a myth also seems to be a prophecy…That should be some clever stuff.

I’m not sure how I feel about Vic as a whole, I understand she’s suffering from PTSD but, at the end there, it seemed like she was deciding to do something stupid. I hope she doesn’t/those around her don’t let her be an idiot because I think in so doing it will distract so much from the storyline (or certainly it will distract ME). I also really hope that what could be a love triangle isn’t, though I guess there maybe one in the future according to legend (sigh). While what was in this book had as much purpose as it ever can, it still ended up being bothersome and I hope we’ve reached the end of that kind of shenanigans.

When I got to the end I was somewhat confused because we haven’t quite reached the end of this little bit here, for all it dragged, The End is in an interesting non-place and not at the conclusion of this story.
However, on closer thought, there was a sort of completion of events which could be why this book ended here, especially as this seems to be more the story of Vic herself rather than this whole world. Which might not sound like a revelation, generally books focus on the one person, but not quite like this one. I don’t know that I’ve seen one like it.
It’s through Vic that we’re introduced to three/four/five different cultures on this planet. I liked the diversity of each, though some more than others. I wonder what else Vic will introduce us to, because if what I’m seeing foreshadowed is actually going to happen, she’s got a whole bunch more places to go!

Lorak was horrid. Horrid, horrid, horrid.
He was meant to be of course and he was very good at it too.
I wonder at his motivation and what exactly he thought he was doing. I also wonder at his choices. He clearly thought himself justified and boy do I hope he gets his comeuppance. But then he’s also dangerous so maybe they should just kill him quickly and have done with it, even if we never find out his twisted reasons.

I do like Ashel. Not your typical prince, he seems to have a big heart and I hope it stays that way. He wasn’t what I was expecting when I first met him and he reminded me so much of the bards of Mercedes Lackey’s Valdemar and I have no idea why as there are few similarities, barring the obvious. (They play music and travel.)  I liked Ashel’s development. He’s found a truth about himself now and I hope Vic doesn’t try to take that from him because he WILL take it the wrong way.

Conclusion?:
This is a story in which the damsel in distress saves herself and then proceeds to save the prince, which is simply fantastic – even if it took its sweet time.

2 comments on “Review: A Wizard’s Forge”