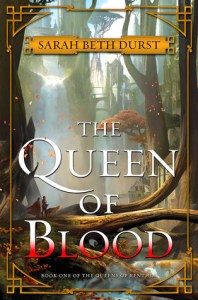 I’m waiting on a few really awesome sounding books at the moment. Crooked Kingdoms being one of them, but as I’ve had my confirmation email to say it’s on its way I thought there wasn’t much more waiting involved for that one anymore. So I’ve chosen: The Queen of Blood by Sarah Beth Durst because I feel like I’ve been waiting forever for this one and here in the UK I’ve still got a month of waiting to go!

I fell in love with Sarah Beth Durst’s writing when I read Vessel. It was so beautiful and so packed with imagination that I knew I had to read more of her stuff. I’ve managed to get my hands on a copy of her Drink Slay Love, which has to have the funniest blurb I’ve read in ages. Come on! Who doesn’t want to read about vampires being stabbed through the heart by unicorns! It sounds amazing. And the covers are always lush… 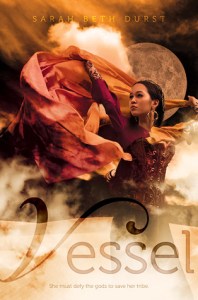 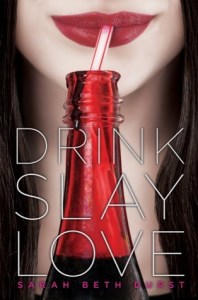 Anyway when I heard that there was going to be a brand new epic fantasy book by Sarah Beth Durst I knew I had to have it so, I preordered it and have been waiting months for it’s release! I’m really looking forward to this one and if you read the blurb you’ll understand why…

An idealistic young student and a banished warrior become allies in a battle to save their realm in this first book of a mesmerizing epic fantasy series, filled with political intrigue, violent magic, malevolent spirits, and thrilling adventure

Everything has a spirit: the willow tree with leaves that kiss the pond, the stream that feeds the river, the wind that exhales fresh snow . . .

But the spirits that reside within this land want to rid it of all humans. One woman stands between these malevolent spirits and the end of humankind: the queen. She alone has the magical power to prevent the spirits from destroying every man, woman, and child. But queens are still just human, and no matter how strong or good, the threat of danger always looms.

With the position so precarious, young women are chosen to train as heirs. Daleina, a seemingly quiet academy student, is under no illusions as to her claim to the throne, but simply wants to right the wrongs that have befallen the land. Ven, a disgraced champion, has spent his exile secretly fighting against the growing number of spirit attacks. Joining forces, these daring partners embark on a treacherous quest to find the source of the spirits’ restlessness—a journey that will test their courage and trust, and force them to stand against both enemies and friends to save their land . . . before it’s bathed in blood.

2 comments on “Waiting on Wednesday: The Queen of Blood”