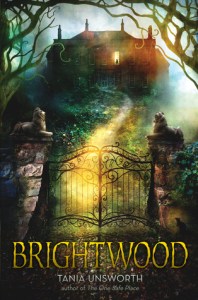 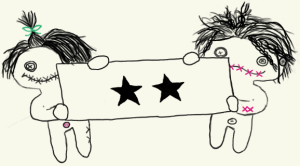 Daisy Fitzjohn knows there are two worlds: the outside world and the world of Brightwood Hall, her home–and the only place she’s ever been. Daisy and her mother have everything they need within its magnificent, half-ruined walls. They may not have a computer or phone, but Daisy has all the friends she could want, including a mischievous talking rat named Tar and the ghostly presence of a long-ago explorer who calls herself Frank.

When Daisy’s mother leaves one morning, a strange visitor arrives on the estate, claiming to be a distant cousin, James Gritting. But as the days tick by and Daisy’s mother doesn’t return, Gritting becomes more and more menacing. He wants Brightwood for himself, and he will do anything to get it, unless Daisy, with only her imaginary companions to help her, can stop him.

Brightwood is a slow and grisly story about a girl named Daisy who has grown up completely isolated from the world. She lives at Brightwood Hall with her Mum and has never set foot outside the boundry of the property. She has no friends, except a rat named Tar and a host of imaginery ones. One day, Daisy’s mother goes off to the shops and never comes back. Instead, a distant cousin named James Gritting turns up and while he may seem pleasant to start with, it soon becomes evident that he has an ulterior motive. ‘Accidents happen’ after all.

While reading Brightwood I couldn’t help thinking of Lemony Snickett. It has the same kind of premise but in a more subtle way, with an evil relative with their ‘eyes on the prize’. James Gritting was the perfect villian as he was equal parts charm and threats. Some of the evil things he did were quite gory, I especially liked this line about him,

‘”You can’t trust anyone who kills things for fun,” Frank commented. “They’re rotten on the inside…”‘ Loc 1244

It took me a while to be won over by Daisy. She was an odd child and I couldn’t figure out whether she was crazy or just had an overactive imagination. The descriptions of Brightwood Hall were beautiful. You could imagine every detail of this once grand manor house and how it has fallen into disrepair due to the sad story about her mothers past and her current hoarding disorder.

The details may have been beautiful but in adding so much, the story itself was really rather slow. It took ages for the story to get started and even then it was subtly undertaken. It’s not as funny or obvious as the Lemony Snickett stories.

I’m sure this will make a wonderful story for younger readers but for me it’s just a little too slow. Gorgeous cover though.