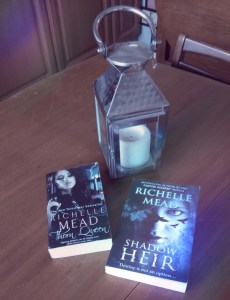 I don’t know if you remember but back in October Paein and I went to a massive 2 day book fair (you can read about it HERE and HERE).
At this book fair I found: 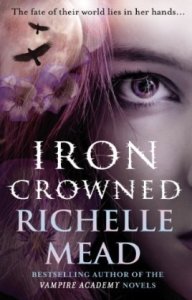 Iron Crowned by Richelle Mead which is the 3rd book in the Dark Swan series. I know I shouldn’t really buy books in the middle of a series but look at that gorgeous cover and its by Richelle Mead!!! RICHELLE MEAD!!

So anyway I bought it and didn’t really think anymore about it until I spotted these two beauties: 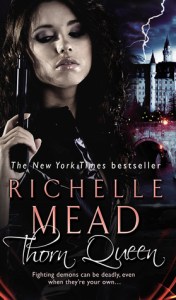 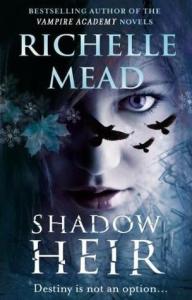 Thorn Queen and Shadow Heir, in a charity shop! So I picked them up for near to nothing and now all I need is book 1! I’ve ordered it on Amazon and hopefully will be able to read this whole series, in one go, very very soon!

Have you read The Dark Swan series? Or any of Richelle Mead’s other books? What did you think?

I’m annoyed slightly that Thorn Queen has a different style cover and is smaller but I still kinda like the design so I’m not going to complain much. By the looks of things books 1 and 2 are a different design to 3 and 4 anyway.

How do you feel about cover changes mid series?

If anyone is interested, the lantern, in the opening picture is from Homebase, I got it for £9.99. I bought 3. I’ve been looking for some decent lanterns for a while now and these were really sturdy, quite heavy and didn’t feel like they would fall apart anytime soon. They’ve also got a nice indented pattern on the top 4 edges which gives texture and hopefully will hide any fingerprints better than flat chrome. FYI, you can’t hang them while lit, it specifically says so in the the notes but I think as a table centre decoration they’re actually really pretty.

5 comments on “Stack the Shelves Saturday”