Top Ten Tuesday is a weekly feature hosted by The Broke and the Bookish that other bloggers are welcome to join in, to create Top Ten lists on varying topics.
This week it’s Top Ten Books I Wouldn’t Mind Santa Leaving Under Our Tree! 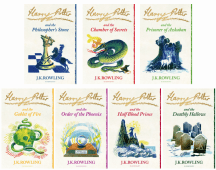 Jenny Cavanaugh, the ghostly lady of 926 Augur Lane, has enlisted the investigative services of her fellow residents to solve a decade-old murder—her own. Abigail Rook and her eccentric employer, Detective R. F. Jackaby, dive into the cold case, starting with a search for Jenny’s fiancé, who went missing the night she died. But when a new, gruesome murder closely mirrors the events of ten years prior, Abigail and Jackaby realize that Jenny’s case isn’t so cold after all, and her killer may be far more dangerous than they suspected.

I’d like the paperback as my other two are paperbacks! Need to have a set that matches…

London is in chaos.

Rue and the crew of The Spotted Custard returned from India with revelations that shook the foundations of the scientific community. There is mass political upheaval, the vampires are tetchy, and something is seriously wrong with the local werewolf pack. To top it all off, Rue’s best friend Primrose keeps getting engaged to the most inappropriate military types.

Rue has got personal problems as well. Her vampire father is angry, her werewolf father is crazy, and her obstreperous mother is both. Worst of all, Rue’s beginning to suspect what they all really are… is frightened.

When the Custard is ordered to Egypt, transporting some highly unusual passengers, Rue’s problems go from personal to impossible. Can she get Percy to stop sulking? Will she find the true cause of Primrose’s lovesickness? And what is Quesnel hiding in the boiler room?

I haven’t actually read the first one, but I’m considering just collecting them till the series is done. So I obviously need number 2!

What if Belle’s mother cursed the Beast?

Belle is a lot of things: smart, resourceful, restless. She longs to escape her poor provincial town for good. She wants to explore the world, despite her father’s reluctance to leave their little cottage in case Belle’s mother returns–a mother she barely remembers. Belle also happens to be the captive of a terrifying, angry beast. And that is her primary concern.

But Belle touches the Beast’s enchanted rose, intriguing images flood her mind–images of the mother she believed she would never see again. Stranger still, she sees that her mother is none other than the beautiful Enchantress who cursed the Beast, his castle, and all its inhabitants. Shocked and confused, Belle and the Beast must work together to unravel a dark mystery about their families that is twenty-one years in the making.

I’ve read the first two on a read for review basis, this was the one I was most excited about but I didn’t see it on Netgalley at all! So Christmas presents are my next hope!

For some reason I’ve decided I want these. And the collectors editions that are in slipcases. I’ve got Azkaban on the way, I had some vague notion of collecting my favourite one in different editions but then my need-matching-sets compulsion kicked in. I need the whole set! Some are expensive… *cough*gobletoffire*cough*

I like these books. Not sure where my old copies are, but I clearly need these as they’re beautiful!

In less than a year, Kelsea Glynn has transformed from a gawky teenager into a powerful monarch.

As she has come into her own as the Queen of the Tearling, the headstrong, visionary leader has also transformed her realm. In her quest to end corruption and restore justice, she has made many enemies – including the evil Red Queen, her fiercest rival, who has set her armies against the Tear.

To protect her people from a devastating invasion, Kelsea did the unthinkable – she surrendered herself and her magical sapphires to her enemy, and named the Mace, the trusted head of her personal guards, Regent in her place. But the Mace will not rest until he and his men rescue their sovereign from her prison in Mortmesne.

Now the endgame begins and the fate of Queen Kelsea – and the Tearling itself – will finally be revealed . . .

I have loved this series so far and can’t wait to find out all the answers to all the questions I have. I hope this is as good as I want it to be!

7 Kingdom of Ash and Briars

Bristal, an orphaned kitchen maid, lands in a gritty fairy tale gone wrong when she discovers she is an elicromancer with a knack for shape-shifting. An ancient breed of immortal magic beings, elicromancers have been winnowed down to merely two – now three – after centuries of bloody conflict in the realm. Their gifts are fraught with responsibility, and sixteen-year-old Bristal is torn between two paths. Should she vow to seek the good of the world, to protect and serve mortals? Or should she follow the strength of her power, even if it leads to unknown terrors? She draws on her ability to disguise herself as a man to infiltrate a prince’s band of soldiers, and masquerades as a fairy godmother to shield a cursed princess, but time is running out. As an army of dark creatures grows closer, Bristal faces a supernatural war. To save the kingdoms, Bristal must find the courage to show her true form.

This fairytale retelling sounds amazing. I’d love to receive this for Christmas.

8 All I Ever Wanted

Nancy is four, nearly five. She talks all the time: in the car, on the way to nursery, to her extrovert older brother, to her collection of bears. But then, one February morning, everything changes. Nancy’s mum and dad split up. Her father Patrick moves away from their Bristol home to Newcastle. And Nancy stops talking.
Eva is forty-four, nearly forty-five. She didn’t expect to be the third wife of a much-loved household name, but eight years ago, she and semi-retired bad boy Michael Quinn fell in love. Eva knew marrying a much older man meant compromises, but it was the love of a lifetime for them both – until Mickey dies suddenly, leaving Eva alone with his gossipy diaries, their two pugs, and a distressing voice in the back of her mind, wondering if perhaps she’s sacrificed more than she meant to.
While Nancy’s parents negotiate their separation, the question of weekend contact is solved when Patrick volunteers his sister Eva’s house. It’s in Longhampton, an hour out of Bristol, with plenty of room for her to get to know a niece and nephew she’s barely met – even if Nancy continues to refuse to speak. Patrick is sure it’s just a phase but his soon-to-be-ex-wife is worried that something more traumatic lies at the heart of their daughter’s selective mutism.
Meanwhile, Eva begins to read through Mickey’s diaries, and with every page she’s forced to confront a view of her marriage that turns everything she believed about her late husband, her self – and her own heart – on its head. The fortnightly presence of two children in her peaceful, grown-up home – one constantly singing and performing, the other wordless and sad – initially drives Eva and the two pugs, Bumble and Bee, to exhaustion, but as spring turns into summer, a trust slowly begins to form between an anxious little girl with a heartbreaking secret, and a woman who has realised too late that what her soul yearns for is the love of a child.

I’m a huge Lucy Dillon fan and I can’t wait to get my hands on this, her newest novel.

Our world belongs to the Equals — aristocrats with magical gifts — and all commoners must serve them for ten years. But behind the gates of England’s grandest estate lies a power that could break the world.

A girl thirsts for love and knowledge.

Abi is a servant to England’s most powerful family, but her spirit is free. So when she falls for one of the noble-born sons, Abi faces a terrible choice. Uncovering the family’s secrets might win her liberty, but will her heart pay the price?

A boy dreams of revolution.

Abi’s brother, Luke, is enslaved in a brutal factory town. Far from his family and cruelly oppressed, he makes friends whose ideals could cost him everything. Now Luke has discovered there may be a power even greater than magic: revolution.

And an aristocrat will remake the world with his dark gifts.

He is a shadow in the glittering world of the Equals, with mysterious powers no one else understands. But will he liberate—or destroy?

Technically this isn’t out in the UK till next year but a girl could dream that Santa would bring her an ARC of Gilded Cage just so she could read it early.

A collection of humorous autobiographical essays by the Academy Award-nominated actress and star of Up in the Air and Pitch Perfect.

Even before she made a name for herself on the silver screen starring in films like Pitch Perfect, Up in the Air, Twilight, and Into the Woods, Anna Kendrick was unusually small, weird, and “10 percent defiant.”

At the ripe age of thirteen, she had already resolved to “keep the crazy inside my head where it belonged. Forever. But here’s the thing about crazy: It. Wants. Out.” In Scrappy Little Nobody, she invites readers inside her brain, sharing extraordinary and charmingly ordinary stories with candor and winningly wry observations.

With her razor-sharp wit, Anna recounts the absurdities she’s experienced on her way to and from the heart of pop culture as only she can—from her unusual path to the performing arts (Vanilla Ice and baggy neon pants may have played a role) to her double life as a middle-school student who also starred on Broadway to her initial “dating experiments” (including only liking boys who didn’t like her back) to reviewing a binder full of butt doubles to her struggle to live like an adult woman instead of a perpetual “man-child.”

Enter Anna’s world and follow her rise from “scrappy little nobody” to somebody who dazzles on the stage, the screen, and now the page—with an electric, singular voice, at once familiar and surprising, sharp and sweet, funny and serious (well, not that serious).

I don’t usually read non-fiction but I love Anna Kendrick and can’t wait to see what funny stories she has to share about herself in this her first autobiographical work.