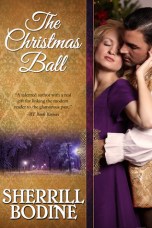 “If we all do our parts, Athena Shall not miss the Christmas Ball this year.”
- 18%

Outshone by a gregarious stepsister and overbearing stepmother, Lady Athena Cummins is used to fading into the shadows. Beloved only by her youngest sister Persephone, Athena has accepted her destiny as a spinster. But Persephone has a different scheme in mind, and conspires to send Athena out for one night of fun at Lord Finchley’s masquerade Christmas Ball. The masked beauty catches the Lord’s eye but, determined to avoid the wrath of her stepsister, Athena leads Lord Finchley on a wild chase to discover her true identity.

This was a regency Cinderella story and it was brilliant. However – you know what I’m going to say next I’m sure – it needed more detail! Too much longer though and I don’t think it would have been as enjoyable, but just a little bit more at the end there.

Instead of step-sisters, Athena has 2 half sisters and only one of them is an ugly soul, the other is a dear. Her father is also still alive. He’s so deep in his research however that he has little to no idea what is going on in his own home. Things are brought to his attention towards the end of the book however and he takes control.

I think it was her mystery that caused Finchley to keep hunting for her and I think that was well done. He liked her for her mind as well as her body before he saw her face and he was also smart enough to know the woman he met and the woman she was were both her and at the same time her true self would be somewhere in between.

I do wish that the epilogue had shown some married life with them though. They had such good chemistry I wanted to see them interact, just the two of them, being married the only official time they’d be allowed to be alone together of course.

I’d also like to see Persephone’s story too! I wonder if it’s available?