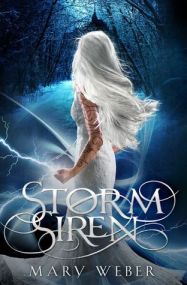 “I think some have to fight harder to choose good over evil because the evil’s got it out for them.
And maybe it’s because those’re the ones evil knows will become the strongest warriors, recognising true wickedness when it rears its head.
Maybe the ones who’ve struggled with true evil are the ones meant to make the biggest difference against it, you know?”
-Page 272

“I raise my chin as the buyers stare. Yes. Look. You don’t want me. Because, eventually, accidentally, I will destroy you.”
In a world at war, a slave girl’s lethal curse could become one kingdom’s weapon of salvation. If the curse—and the girl—can be controlled.
As a slave in the war-weary kingdom of Faelen, seventeen-year-old Nym isn’t merely devoid of rights, her Elemental kind are only born male and always killed at birth — meaning, she shouldn’t even exist.
Standing on the auction block beneath smoke-drenched mountains, Nym faces her fifteenth sell. But when her hood is removed and her storm-summoning killing curse revealed, Nym is snatched up by a court adviser and given a choice: be trained as the weapon Faelen needs to win the war, or be killed.
Choosing the former, Nym is unleashed into a world of politics, bizarre parties, and rumours of an evil more sinister than she’s being prepared to fight . . . not to mention the handsome trainer whose dark secrets lie behind a mysterious ability to calm every lightning strike she summons.
But what if she doesn’t want to be the weapon they’ve all been waiting for?
Set in a beautifully eclectic world of suspicion, super abilities, and monsters, Storm Siren is a story of power. And whoever controls that power will win.

This was more of a gentle story than a drop-you-in-it one. It was slow going at first and I even considered only giving it 50% to pick up. Turns out it was a slow builder and, clearly, I kept on going!

I’m quite pleased to say: it didn’t have a lull! Y’know sometimes books have a lull somewhere after the middle? This just started slow and kept on picking up speed. I think that it could work out to be a really great series. Also, big ending! Not happy, but I may have done some investigating in the general direction of the next two books. Spoilers, yes. But sometimes you need to know the deal before you emotionally invest in the ending!

I thought that the world building in this book was a little weak – but that’s something that could be being saved for further books. There’s a fine line between just the right amount of world building and bogging down the story with world building. This unfortunately stayed well clear of the line, almost like it was scared of giving away too much.
There were some pretty predictable things going on in this story and while there were multiple villains through out the story, the Big Bad wasn’t a human type person so I’m guessing it’s a YA aimed at the younger side rather than the older, but I could be wrong. Especially as the story is set in a war torn world with a character who doesn’t want to kill whose being trained as a weapon…

Nym grows a lot over the course of the story, from a scared slave girl into the woman she is at the end. She has more growing to do I’m sure. There are many things I don’t understand that I sure hope are explained over the next two books, the odd limit her power seemed to have at the end, why she was able to do something others thought she shouldn’t have and what that means (so hard to word that without spoilers!) and generally what’s going on really…because we were left with one hell of a cliff hanger ending! Bad bad ending.

Nym seemed a pretty interesting character. She was the right mix of scared slave and defiant Elemental. She knew she shouldn’t exist and she hated herself for it but she wasn’t quite going to let you tread her into the ground. I think that the most interesting character was Eogan for me because he’s got many secrets and while one was quite obvious, the others are pretty well hidden. He’s got more to reveal to us too! He seems to be holding all the information.
Breck and Colin weren’t boring characters, I’d like to know more about them, but Breck pulled back within the story and I lost interest in her and Colin was a little annoying with his habit of loosing his shirt and his status as possible love triangle guy. I hate those guys so he didn’t grow on me in quite the way he probably should have. I’m happy to report he’s just a massive flirt and he’s Nym’s friend so perhaps if I re-read this book I’ll like him more next time.

I didn’t realise this was a trilogy! Slightly annoyed book 3 is GREEN and not yellow as it messes with our monthly challenge, I will have to wait ages between books 2 and 3! oh well, totally not relevant to this book.
I also had a few issues with the writing. There were characters that were meant to have a ‘commoner accent’ who didn’t always have it and there were sometimes words missing from a sentence – that’s more of an editing error than anything else to be fair, but it did bother me more than I’d like and I hope it’s not going to continue into the next two books.