Top Ten Tuesday is a weekly feature hosted by The Broke and the Bookish that other bloggers are welcome to join in, to create Top Ten lists on varying topics. Broke and Bookish are having a break until the 15th August so we’ve come up with some of our own!  This week it’s Top Ten fictional crushes.
Warning: There may be spoilers! 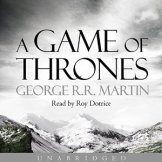 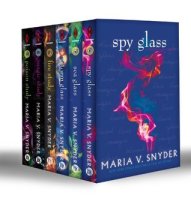 I’m pretty sure that Jamie is on the top of many lists like this! Can you blame us? A gentle giant of a Scot, dressed in kilt and topped with a head of red (curls) is nothing compared to his compassion and his ability to accept all the oddities of the woman he loves. And boy does he love her. Luckily she loves him just as much – they keep having to put each other back together and I’ve not even finished book 2!

So this is a massive cheat, I haven’t read the books yet! But I’ve read some of 1, so maybe it counts?
I know the show is now nothing like the books any more, but if book Jon is half as honourable as show Jon then he’s just my type.
He’s fighting for this unknown future, he’s lost his partner and he’s hurting, but he’s doing what he thinks is the right thing and can we really ask for more?
(Plus show Jon has some fantastic hair – Sorry Kit XD)

3 Valek – The Chronicles of Ixia

I feel we’ve identified my type…
Valek is another honourable sort who has a partnership with his ladylove. They work for some times apposing countries and yet they make it work so well. He knows Yelena is no wilting flower, but when she needs him he’ll break every kind of law to get there.
He’s also got some curls going on.

4 Gavriel – The Coldest Girl in Coldtown

Possibly an odd choice, considering all the other names I’ve been adding and removing from this list, but he fits my pattern, you’ll see.
A lot strong and ….probably a lot more broken than we first realise, you could be forgiven for thinking he’s got all the power in the relationship he has with Tana but she sees him and still tries to save him and he’s utterly charmed by this. He could steam roll all over her but he never does. Nor is his male/vampire pride hurt when this female/human helps/ saves him. He loves that she tries, that she thinks he’s worth it. He tries to keep her away and safe too, but he respects her choice to stay.
I forget but there’s a good chance there could be curls here too!

Another popular one, no doubt and one that doesn’t quite fit the pattern quite as obviously, but not only is he adorable and adorably awkward, I feel I can relate to him. And if he can land the woman he loves and cause her to love him back then there’s hope for the rest of us awkward people out there. Also, he’s adorable….
Another man of principle, he respects Elizabeth as well as loves her and that’s always important. Plus he saved the day and told everyone not to tell her he’d saved the day, but she still found out. No bragging from Mr Darcy!

Atlas has to be one of Colleen Hoovers greatest inventions. This quiet, intense, muscular man is definitely my dream guy. I loved how protective, yet never overbearing, he was and I loved that he could cook

7 Kell – A Darker Shade of Magic

Or Kaz – Six of Crows

By VE. Schwab and Leigh Bardugo

I can’t choose between these two men. I love them for very similar reasons. They are both self assured and mysterious with distinctive looks and characteristics. Kell is a little more clean cut than the michiefious Kaz but I can’t decide whether that warrants one of them deserving this place more that another.

8 Dorian – The Girl at Midnight

Now I totally get that Dorian is a gay man but that doesn’t mean I can’t have a crush on him does it? I love the thought of this sensitive, bashful giant hidden behind a scarred, military exterior. Totally heart melting.

9 Cricket – Lola and the Boy Next Door

Gah how I loved Cricket. He was cute and sensitive and really creative. All things I find ridiculously attractive in a guy.