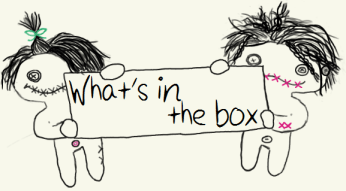 River Song knows the situation.
This is an UN-BOXING post.

We like stuff.
We LOVE book stuff like BOOK BOXES!
Join us on Sundays where we’re just bursting with excitement as we show off our new book stuff!
Please link back to our blog if you too are a lover of showing off stuff on Sundays.
Thank you!

FAIRYLOOT is a fantasy focused, UK based, monthly subscription box containing a recently released Young Adult book and a selection of 5-6 high quality bookish goodies and costs £26 a month + postage. 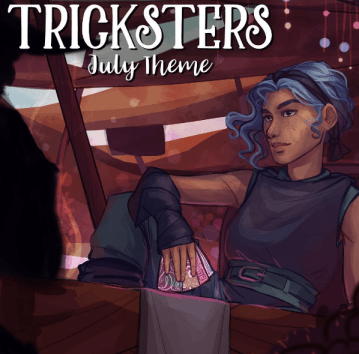 In this box we got: Aww Ms4Tune got this months box too and somehow she worked out the book! She’s just magic like that. I look forward to reading it! If only we hadn’t had our purple month…

Loki smells FANTASTIC! (Does he actually smell like that? Gimmie!) I don’t want to use it because then it will be all gone and I won’t be able to smell it any more….does this make me a scent junkie?

Such a pretty bookmark to add to my collection! Really looking forward to reading this book in November, that’s our Black Books month right?  And apparently I have a secret, underground LexyOlivia bookmark collection going on, I’ve just recognised several on her page that are in my collection from various boxes! I do like her Hogwarts Houses ones…
I’m also going to have to come up with a better way of storing my bookmarks, does anyone have any ideas? Right now they’re in a mug or a pile…

Speaking of mugs….not sure how I feel about enamel mugs. I’m told they keep your hands toasty when it’s cold (perfect for this lovely British summer we’ve got going on) but right now it’s holding my Bullet Journal pens! Because, mind palace = organisation, right?

I love this quote by Harley Quinn! I don’t know much about her to be honest, but I do know there’s a theory she’s not as crazy as she seems and I like that one. It makes her calculating and clever.
All my prints are in a pile too, I don’t just want to stick them up with blutac and damage them, even if I had somewhere to stick them. Maybe I’ll put them into folders and stick them to the door in a collage…

The oven mit is adorable! But we have an aga at home and we tend to use oven gauntlets (no joke, that’s apparently what they’re called, isn’t it fantastic? They’re like gloves but come up to your elbow so you can grab the stuff at the back of the oven. You can fit two cake tins on a shelf, its very handy) so I gave mine to Ms4Tune so she’d have a matched pair, I know people like to have pairs.

And then there’s the playing cards. I haven’t opened mine yet. I have mixed feelings. They’re officially licensed, which means they’ll be film merch, which means that it will have the FILM Ravenclaw crest and colours and that just annoys me immensely. But at the same time PLAYING CARDS WITH THE 4 HOGWARTS HOUSES AS THE SUITS!!!!!!
See my dilemma?!

Hopefully the next box will turn up soon! The theme is Otherworlds and is going to contain a candle! So exciting!