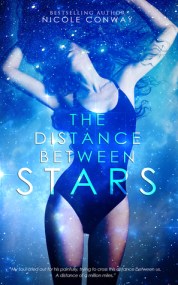 “It’s ok to be scared. It’s ok to be afraid of what you don’t understand.
But only at first. Count to five. Let yourself be afraid for five seconds.
Then take a deep breath and do whatever it is that scares you.”
- 81%

Joseph Clancey is a prisoner in his own mind. After surviving a brutal attack during his combat service in the United States Army, he’s never spoken a word—using only scribbled notes in a notebook to communicate. No one knows how long he will have to endure this involuntary silence, but a new job as a handyman at the Filibrault Manor seems like the fresh start he’s been looking for … Until someone leaves a mysterious message in his notebook.

This was a cute story. It didn’t have much of a back story to it, it’s true, except for what the characters told each other as they introduced themselves to each other through their notes, but that’s alright – it covered enough for us to get who they were, it was a quick cute romance story after all.
It wasn’t all fluff and light though, there were a few heavy points, both within their pasts and in the story itself. These events are a little removed, we don’t go through them with the character involved, perhaps so that these events don’t take away from the main focus of the story but just add depth.

This is told from two points of view. His and hers. Which gives us a nice breakdown of things. It meant some moments overlapped which is something I love (Two points of view on one event), it wasn’t in your face though so if it’s not your thing it wont be bothersome.

I think this story worked well the way it was. To make it longer would have been to add more detail and while that wouldn’t have been a bad thing, we’d have probably spent more time with other characters and events and I think it would have taken away from the meandering feel and added unnecessary time to everything.
Sometimes the time frame jumped about the place but I never stayed confused for long – still, if time is moving forward in uneven jumps it’s a good idea to add dates or have the first line of the chapter state when it is (Note to self!)

I really related to Bev and felt her pain. I’ve never met a character like her – I know that people like her exist – my own allergy is not AT ALL as severe and is continuously improving thank goodness but it’s bothersome enough, to be as bad as she is must be so frustrating!

Joe was sweet and I felt sorry for him, but he should have perhaps seen someone. He was one of the lucky ones in that he met a person he didn’t know and couldn’t see to talk to at just the right time. I do think that Bev helped him just as much as he helped her. (though he really didn’t need his social security number in his notebook. Silly man!!!
I really didn’t like his sister in law or Bev’s father but I can’t really say anything more because spoilers.

One thing I really didn’t understand was why she had to say ‘goodbye’! Especially if LED bulbs were the way forward. Pretty sure if she was so amazing, people would be happy to follow any rules involved in witnessing her skills, no?!
In other news, I hope she got a restraining order…