Top Ten Tuesday is a weekly feature hosted by The Broke and the Bookish that other bloggers are welcome to join in, to create Top Ten lists on varying topics. This week it’s Top Ten Books That Feature Characters ________ and we’ve filled the gap with Characters We’d Want Our Children To Read About. 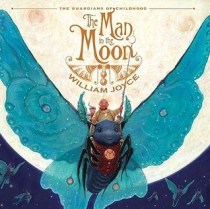 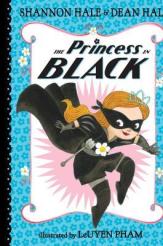 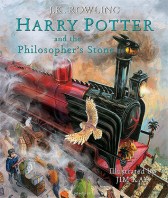 1 The Man in the Moon/ Jack Frost, The Guardians of Childhood by William Joyce

Yes, these books are on another list of mine, the books that inspired The Legend of the Guardians. It can be a pretty deep film, depending how you feel when you watch it so there’s got to be some equally special magic.
Mostly they’re on the list because they’re so pretty!

2 Magnolia, The Princess in Black by Shannon Hale and Dean Hale

I recently watched a documentary on the BBC called No More Boys and Girls and it was fascinating. It highlighted just how gender bias classrooms still are. One of the many changes going on was a revamp of the bookcases. The passive princesses and aggressive boys were exchanged for more acceptable characters.
One girl proclaimed that while she didn’t like reading she liked reading THIS book, so this book is on my list.
This princess has a secret identity and that identity hunts monsters!

Daine is different and she doesn’t fit in. This bothers her some but bothers those around her even more. Eventually she finds people she can fit in with and be herself around and they love her the way she is.
You hear a lot of stories of children and teens feeling lost and alone. Some manage to hold on long enough to get through, others unfortunately don’t.
I hope any children I have NEVER feel that way, but if they do, I hope that someone like Daine will give them the strength to hold on just a little bit longer, long enough to get out the other side.

4 Edmond, The Chronicles of Narnia by CS Lewis

Edmond doesn’t listen and makes some bad choices. There are even devastating consequences to his decisions. But in the end the impatient one developed an amazing calm and because a wise king.
I would hope that reading of Edmond’s adventures would encourage patience and an understanding that sometimes you just need to watch and wait.

There are so many fantastic characters in this series, but for once I’m actually choosing Harry and I’m choosing Harry for many reasons. I’m working on a faulty memory here – it’s been forever since I’ve read the books and I always have trouble remembering the details but never mind.
He spent the first 10/11 years of his life living with people who loathed him and he didn’t turn out to be a horrid bulling toerag. He has no prejudices against the other species of the wizarding world and is very accepting, he has friends of both genders who are all clever in their own way, he’s forgiving and caring and (does he cry? I feel like he cries, like a healthy human being) he even has a sense of humour about it all. Sure he has his bad days but who doesn’t?
I think Harry would encourage a child to be their true selves, never mind what people think and that it’s alright to cry, even when you’re a boy.
Plus, have you SEEN the illustrated editions?!?! 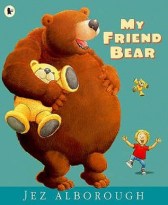 6 Mildred Hubble from The Worst Witch

My love for magical schools began way before my discovery of Harry Potter. I absolutely loved Miss Cackles Academy but most of all I loved Mildred. I loved that she was so ditsy and constantly mucked up and got into sticky situations that she (with the help of her friends) would have to get out of. I day dreamed that my high school experience would be like that, but sadly there was no flying or magic for me. I have actually just bought a boxed set of these books for my daughter because I want her to dream of magic and friendships like these, just like I did.

This was another little girl that I wanted to be when I was young.  I loved her feisty temperament and how much trouble she could get into. Obviously I would love my daughter to read these and see how Anne learnt to control her temper and make something of herself.

8 Eddy from My Friend Bear

I read this to my daughter recently. Not only do I love it because of its rhymes but I also love the moral in this particular book. Eddy may have been scared of the big bear but he saw past their differences and saw their similarities and because of that was able to become the bears friend. I think that’s beautiful. I will definitely be reading this one to her over and over again.

Who doesn’t love Winnie the Pooh? He’s lovable and these books are classics for a reason. I love the friendships, the moral lessons and the illustrations and I can’t wait to read these to my daughter.

10 Snork Maiden and Little My from The Moomins

Another classic from my childhood and one I want my daughter to think of fondly too. I loved the family aspect of these stories and it’s definitely something I want to promote in our lives too obviously.