Top Ten Tuesday is a weekly feature hosted by The Broke and the Bookish that other bloggers are welcome to join in, to create Top Ten lists on varying topics. This week it’s Top Ten New-To-Us Authors We Read In 2017

I’ve listened to A Game of Thrones, two sequels and I’m working on the third! I’ve been enjoying them so far, though the story has shifted gears a little.

I read A Study in Charlotte. A modern retelling of Sherlock? Hilarious and fantastic, I’m really looking forward to reading book 2.

I read Eliza and her Monsters. I nearly didn’t but several booktubers I watch were really recommending it so I gave it a go and I’m so glad I did.

I read The Bone Season this summer before going to YALC, I don’t think I’d finished it before I met Samantha Shannon. I liked it enough to not continue – I thought it was a trilogy and I was going to wait till the third book was out on a paperback so I could binge it! Now, I don’t know what I’ll do with it…

I read Nevernight and after the slow start I really enjoyed it! 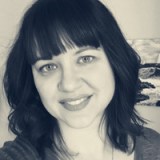 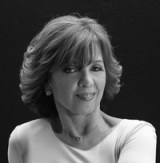 Song of the Current

All the Crooked Saints

Salt to the Sea

Rebel of the Sands

One comment on “Top Ten Tuesday: New-To-Us Authors We Read In 2017”