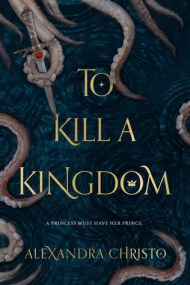 Thank you to Netgalley and the Publisher for the chance to read this book in exchange for an honest review.
Publish Date: 6th March 2018

Princess Lira is siren royalty and the most lethal of them all. With the hearts of seventeen princes in her collection, she is revered across the sea. Until a twist of fate forces her to kill one of her own. To punish her daughter, the Sea Queen transforms Lira into the one thing they loathe most – a human. Robbed of her song, Lira has until the winter solstice to deliver Prince Elian’s heart to the Sea Queen or remain a human forever.

The ocean is the only place Prince Elian calls home, even though he is heir to the most powerful kingdom in the world. Hunting sirens is more than an unsavoury hobby – it’s his calling. When he rescues a drowning woman in the ocean, she’s more than what she appears. She promises to help him find the key to destroying all of sirenkind for good.

But can he trust her? And just how many deals will Elian have to barter to eliminate mankind’s greatest enemy?

This book gave me contradictory feelings. It had a great idea, but the way it was carried out did it no favours. While in the long run I enjoyed the story, I can’t give it more than 3 stars really because I didn’t enjoy how this was written and I was even very tempted to Did Not Finish (DNF) it.
I didn’t partially because I wanted to know how it was going to end and partly because the last book I tried to read from Netgalley was a DNF.

I mean, I can be a fan of flowery and flowy writing but mostly this was rambley.
Yes, there’s a difference.
To me flowery writing raises anticipation, especially on a re-read. You know what’s coming and you enjoy getting there.
Rambley just drags things out and has added descriptors which clog us the story. I think this book could have lost 40 pages without suffering impact to the plot.

What saved this books is the scene early on that reminded me this was a little mermaid retelling. The intent behind the scene was totally different, but the imagery was the same enough that I had a flash of Ariel and Eric on the beach and then I just HAD to keep reading. The thought that these characters were another form of those characters was exciting.
Just a note – the sirens in this book are what we’d call mermaids rather than the sirens of myth – they are part woman part fish, no bird pieces anywhere.

I liked Lira and Elian well enough. The book switches between their points of view (POV) but this edition didn’t give warning to whose POV you were in. It wasn’t one chapter each either so I got a little confused. I’d also have liked to have known more about them. Their rambley thoughts on describing things were quite distracting and I skipped whole paragraphs looking for the storyline.
It was interesting to see this take on the story. It gave both the prince and the sea maiden far more personality and gave them far more interesting worlds to come from.
I also liked how the story she told him was fulfilled. I saw it coming but it was cute and I liked it.

I do have to mention that there was a discrepancy that was never called into question. The same legend was told differently by both sides and I fully expected them to call each other out on the differences, I was even expecting it to be a plot point but no one noticed so I’m pretty sure it was just for our information.
I really liked this world. Not the Sea Queen of course – we’re not meant to – but the wealth of back story you could feel but never saw. I mean, I assume we never saw it…I guess it could have been in the bits I skimmed.
These countries and families and peaces and wars.Each country had a focus, each royal family a secret and the details of the war were always so vague.

I might be willing to read more books in this world – especially if the ramble is put to better use!