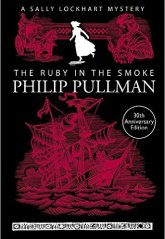 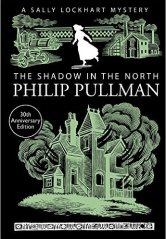 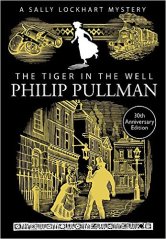 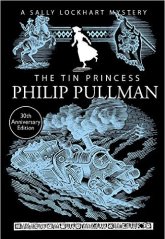 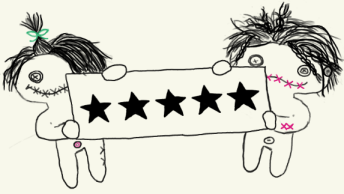 I’ve loved these books for years so I was really excited to find them as audiobooks ( really sad that the last one wasn’t available through audible!)
It’s because I loved these that I ended up reading the His Dark Materials series, but I never liked those as much as these. Perhaps I need to re-visit those now too, especially as I have the newest book set in that world!
The films made of these books for the BBC were pretty good too but they stopped at 2! I was pretty sad about that as I love 3 and 4 just as much, if not more.

Ruby in the Smoke 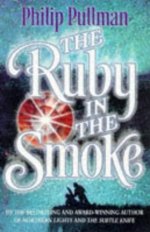 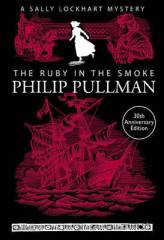 Sally Lockhart’s father was an unconventional man who preferred to teach his daughter how to run a business and shoot straight from a pistol, rather than school her in the social graces expected of a young lady. When he dies suddenly and unexpectedly, on a voyage to the Far East, Sally receives a mysterious letter containing a strange warning – one that is to lead to yet another unexpected death. Soon Sally finds herself at the heart of a deep and dangerous mystery, and one which she is determined to solve at all costs.

This is the blurb for an earlier version of this book, but it’s far more interesting sounding than the one that is on the newer editions. Why do they do that?! Don’t they want people to read them?

This is a fantastic introduction to a series! It’s just such an adventure. Sally is a fantastic lead and she’s such a surprisingly strong character for when this was set. These audio book are narrated by Anton Lesser and I really enjoyed them! I knew I loved the stories already but he did a fantastic job! He just brought Frederick alive the most fantastic way. And Jim! Jim was amazing two – I mention these two specifically because outside of Sally, they are my favourites.

It’s certainly a coming of age book for Sally, her father has died and she suddenly finds herself with restraints on her self that she never had before. She believes in herself however and takes matters into her own hands and really makes some fantastic choices.

Shadow in the North 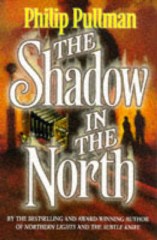 Six years after solving the mysteries surrounding the death of her father (in The Ruby in the Smoke), Sally Lockhart has set up her own consulting business. But her photographer friend, Fred Garland, has a habit of drawing her into his private detective work owing to her skill in both finances and firearms. When one of Sally’s clients loses a large sum of money invested in a shipping firm and Fred encounters a conjurer on the lam from underworld thugs, the two begin to find links in these apparently disparate cases.

Exquisitely written and packed with a wonderfully diverse, often terrifying cast of characters and dark twists and turns of plot, the second installment of the Sally Lockhart trilogy–an ALA Best Book for Young Adults, a Booklist Editors’ Choice, and a nominee for the Edgar Allan Poe Award for Best Mystery–is entirely impossible to put down. Make sure book 3, The Tiger in the Well, is close at hand as you near the end of this one. (Ages 12 and older) –Emilie Coulter

Ahhhh Frederick!!!!!!
I always thought that this was my least favourite book – makes sense, often the second one is my least favourite – except this time I think I liked it even more than The Ruby in the Smoke! Is that because I’m older or because it was read to me by Anton Lesser?!

What I love about Sally is her drive. She get’s pushed to her limits in this book and it nearly breaks her, but Jim won’t let it – which is why I love Jim!
She’s also very clever – except for one area in particular that I wish she’d have worked on better.
I complained about this book being so sad to a friend of mine. To which she replied that they were all sad – she has a point! But for me, this was the saddest.

Tiger in the Well 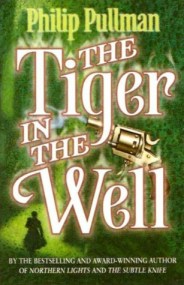 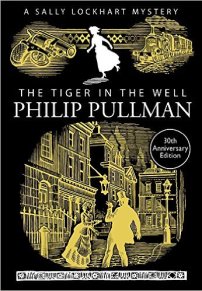 Sally is 25, and somebody wants to destroy her. She receives divorce papers from a man she has never met, let alone married – yet his trap is so well laid that she is powerless to prove otherwise. When custody of her precious daughter is awarded to this evil stranger, it is the beginning of a terrifying struggle.

That’s the worst blurb yet! It’s the longest book too!
The trap has been laid well. Her friends are all away and cannot help. All the loose ends through out Sally’s life have tangled together to trip her up. But this is Sally Lockhart we’re talking about…

I always thought this my favourite book, but I certainly liked book 2 more this time around! In fact I took a break before listening to this one – I’m not sure why. Possibly because I really don’t like what is done to Sally in this book. But then I’m not supposed to. I do really like Dan in this one however – yes, a new character! He fits right in with everyone else and I wish we’d got to see more of the ‘after’ because I’d have loved to see how it all went together.

This always seemed the most complex of the series to me, it’s almost a wrap up even though there is a 4th book – that doesn’t centre around Sally. 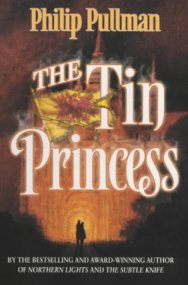 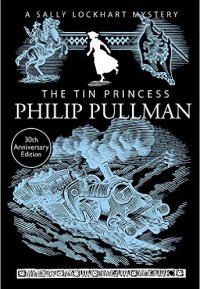 Sally Lockhart’s friend and partner-in-adventure Jim Taylor has just solved a mystery. For years he’s been searching for Adelaide, the little girl enslaved by toothless crone Mrs Holland in The Ruby in the Smoke. And now he’s found her – just as she’s about to become a princess. Crown Princess of Razkavia, to be exact, and a princess in danger. Her future husband is desperate to protect his bride, and employs Jim as their bodyguard – Razkavia’s quaint little streets are full of danger.

This book always seemed out on a limb, probably because it’s a Jim book, not a Sally book. Sally IS in it, it’s nice to see her too. And while Adelaide’s adventures may seem far fetched, I think the most unbelievable thing in this book is that Sally isn’t pregnant again!

Like Sally, Adelaide shows a particular level of strength not expected in the men around her. Adelaide and even Becky seem to look up to her and I like to think that they because who they were because of her.

I wish there were more stories in this world. There’s novellas and even the start of a new series in Pullman’s other series and to be honest I really don’t care much for it…I want more Sally!
I will be giving them another go though – to get this last book as an audio book I had to buy the entire Philip Pullman set which included a dramatised version of His Dark Materials so why not?

I recommend this entire series!
To every body!
Right now!