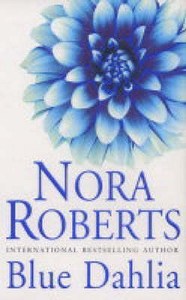 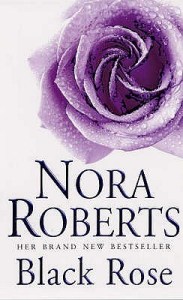 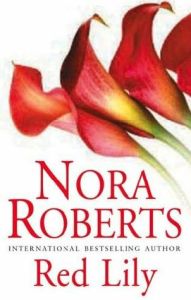 Stella has a passion for planning that keeps her from taking too many risks. But when she opens her heart to a new love, she discovers that she will fight to the death to protect what’s hers. — Trying to escape the ghosts of the past, young widow Stella Rothchild, along with her two energetic little boys, has moved back to her roots in southern Tennessee-and into her new life at Harper House and In the Garden nursery. She isn’t intimidated by the house-nor its mistress, local legend Roz Harper. Despite a reputation for being difficult, Roz has been nothing but kind to Stella, offering her a comfortable new place to live and a challenging new job as manager of the flourishing nursery. As Stella settles comfortably into her new life, she finds a nurturing friendship with Roz and with expectant mother Hayley. And she discovers a fierce attraction with ruggedly handsome landscaper Logan Kitridge

But someone isn’t happy about the budding romance…the Harper Bride. As the women dig into the history of Harper House, they discover that grief and rage have kept the Bride’s spirit alive long past her death. And now, she will do anything to destroy the passion that Logan and Stella share.

A Harper has always lived at Harper House, the centuries-old mansion just outside of Memphis. And for as long as anyone alive remembers, the ghostly Harper Bride has walked the halls, singing lullabies at night…

At forty-seven, Rosalind Harper is a woman whose experiences have made her strong enough to bend without breaking–and weather any storm. A widow with three grown sons, she survived a disastrous second marriage and built her In The Garden nursery from the ground up. Through the years, In The Garden has become more than just a thriving business–it is a symbol of hope and independence to Roz, and to the two women she shares it with. Newlywed Stella and new mother Hayley are the sisters of her heart, and together the three of them are the future of In The Garden.

But now the future is under attack, and Roz knows they can’t fight this battle alone. Hired to investigate Roz’s Harper ancestors, Dr. Mitchell Carnegie finds himself just as intrigued with Roz herself. And as they being to unravel the puzzle of the Harper Bride’s identity, Roz is shocked to find herself falling for the fascinating genealogist. Now it is a desperate race to discover the truth before the unpredictable apparition lashes out at the one woman who can help her rest in peace…

Three women learn that the heart of their historic home holds a mystery of years gone by, as number-one bestselling author Nora Roberts brings her In the Garden trilogy to a captivating conclusion, following Blue Dahlia and Black Rose. A Harper has always lived at Harper House, the centuries-old mansion just outside of Memphis. And for as long as anyone alive remembers, the ghostly Harper Bride has walked the halls, singing lullabies at night… Hayley Phillips came to Memphis hoping for a new start, for herself and her unborn child. She wasn’t looking for a handout from her distant cousin Roz, just a job at her thriving In the Garden nursery. What she found was a home surrounded by beauty and the best friends she’s ever had-including Roz’s son Harper. To Hayley’s delight, her new daughter Lily has really taken to him. To Hayley’s chagrin, she has begun to dream about Harper-as much more than a friend… If Hayley gives in to her desire, she’s afraid the foundation she’s built with Harper will come tumbling down. Especially since she’s begun to suspect that her feelings are no longer completely her own. Flashes of the past and erratic behavior make Hayley believe that the Harper Bride has found a way inside of her mind and body. It’s time to put the Bride to rest once and for all, so Hayley can know her own heart again-and whether she’s willing to risk it…

I read these in the middle of reading Heidi Swain’s books. I picked them up because I’d been thinking about them and I suddenly desired to read (what I remembered as) a slightly better written book of fluff before continuing with Heidi’s series. I ended up being rather disappointed with them however!
I must have over estimated them in my memory. Or, possibly more likely, I didn’t realise that they had such heavy gender stereotypes in them. I don’t mean the women were in the kitchen etc – thank goodness – it was more little things like “They made woman noises” – what?!
There was also talk of “girl things” which is annoying. Being female, if I pick up a drill and put my shelf up, then that’s a girl thing because a girl is doing it!

It was quite bizarre because even while they weren’t fitting into these stereotypes, they were fitting into the stereotypes… How does that work?!
I think I liked this before, possibly because it made them seem edgy and cool, but with all the recent trouble we’ve been having with people trying to reinstate gender stereotypes and even roles, it just got on my nerves. Colours and fabric don’t have genders and most of the stuff that we consider ‘for woman’ started off for men anyway so it’s just all backwards.

Harper was my favourite character. He was oblivious and focused and adorable. He was also pretty darn reasonable and I sort of wish that Red Lily was written mroe from his POV than it was. But then I would have had less Hayley and she was pretty fun too.
I also liked Stella and Logan. They shouldn’t have worked but they did. Roz and Mitch were my least favourite, which isn’t saying much as I still loved them. Especially how Roz ended up dealing with her problem. So calm and cool. I want to be her when I grow up! Except for that mistake she made. No thanks.

What I’ve always loved about these books, the trilogies by Nora Roberts, is the interactions between the characters. They’re sarcastic and funny and quite often pretty darn clever.
I recently tried reading a newer of her series, but it reminded me of 3 of her others simultaneously so I think I’ll stick to old favourites. I am a little nervous to read my favourite series of hers now though. Perhaps I’ll wind my may through the others I own before trying it again…
I feel another bookcase purge coming on and while these books will survive this one, they might not survive the next, which is a little sad.