“TO READ OR NOT TO READ?” that is the question…

Top Ten Tuesday is a weekly meme hosted by The Broke and the Bookish that asks bloggers to create Top Ten lists on a variety of bookish topics. This week’s topic is… 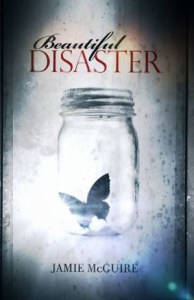 I picked up my copy of Beautiful Disaster in the supermarket in 2012. The cover is just so beautiful and while the good girl meets bad boy storyline is a cliché, it’s one that (to my shame) always appeals to me. So I bought it. But as you do, when I got home I hopped onto Goodread’s to see what everyone else thought only to find an avg friend rating of 3.27. GUHH! Panic followed and as I browsed the reviews I started to think, oh no… what have I bought. My friend rating now is 4.21 so perhaps I will eventually read it but that initial shock has definitely put me off. 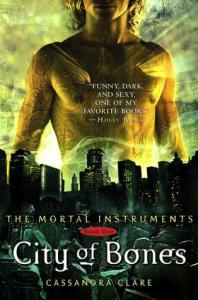 2. City of Bones by Cassandra Clare

This is completely the opposite from Beautiful Disaster. This one I’ve been putting off reading, not because I’ve read bad reviews, but because of all the great reviews I’ve read. I picked it up the set in 2013 meaning to read the first book before seeing the film but got cold feet thinking, What if I’m the only one that doesn’t like it? What if it puts me off reading forever? What if I have to write a bad review and get trolled?! I know, such an irrational reaction but I put it back on the book shelf. Now I’ve seen the film. And if I’m honest I actually quite liked it. But still the books sit there on the shelf. 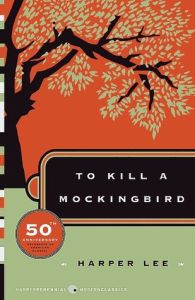 3. To Kill a Mockingbird by Harper Lee

Compassionate, dramatic, and deeply moving, To Kill A Mockingbird takes readers to the roots of human behavior – to innocence and experience, kindness and cruelty, love and hatred, humor and pathos.

Now don’t kill me but this classic has sat on my shelf since before I can remember. My copy is an inherited one from my dad. We never studied it in school like others but I always wanted to read it. Part of me still wants to read it but at the same time I have that fear of a Classic. What if I just don’t get it? 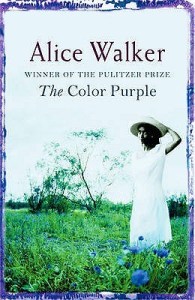 4. The Colour Purple by Alice Walker

‘One of the most haunting books you could ever wish to read…it is stunning – moving, exciting, and wonderful‘ Lenny Henry.

This was the only thing on my 2005 Christmas List (yes I’m that kinda girl). I was recommended it by my English Lit Teacher in Sixth Form. And I was determined to read it. But then I heard that it was very graphic and at the time I was a very nervous and easily upset teen… I put it on the shelf and thought, I’ll work up to it. I’m still not sure. I should have stuck to a safe book list that year… 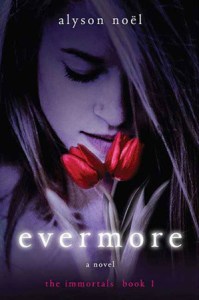 These I got from Paein! She was going to give them away to charity as she didn’t really enjoy them. But I had it on my to-read list and thought maybe I’d like them so in 2013 she gave them to me. And again the Goodreads community swayed me… friend avg rating… 3.20. I’ve seen it described as a poor Vampire Academy and as I also have VA to read (which I had paid for!) I thought I would leave this till I had read VA first. Now I’m not sure I want to read it at all. 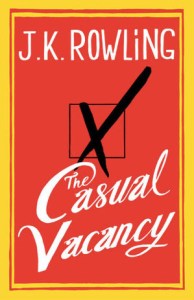 A BIG NOVEL ABOUT A SMALL TOWN …

Aahh the curse of the novel that follows an amazing series! So I bought this, in hardback, from a charity shop for £1.99 literally 4 weeks after publication! No idea, think the old ladies had no idea what it was… But I was chuffed to bits. That is until the reviews started to come out. Now I wasn’t expecting a Harry Potter book. I know that she was trying to branch out into other genres and that this was her first ADULT novel but the reviews where not painting a very appealing picture. 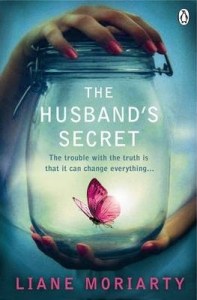 7. The Husband’s Secret by Liane Moriarty

From the author of the critically acclaimed What Alice Forgot comes a breakout new novel about the secrets husbands and wives keep from each other.

I won this in a Goodreads First-Reads Giveaway June 2013. And when I entered it sounds awesome. But then life got in the way and I couldn’t read this before the deadline and then friends I thought were friends turned out to not be friends. Secrets and lies, Secrets and lies. And because of this I was put off. When you want to escape from reality you don’t want to be bombarded with fictional secrets and lies too! 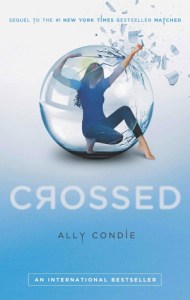 A rebellion is rising.

This is the second novel in the Matched series. I may be alone here but I actually really enjoyed Matched. Yes it was a little predictable but it was nice and the characters, for me, were likeable.  It took me a while to get my hands on a copy of Crossed and when I eventually did, the initial excitement from Matched had worn off. Actually thinking about it I read Delirium by Lauren Oliver at the same time and had to wait for book 2 (Pandemonium) of that too. So both of these series have been left unfinished because of the wait between books… Hopefully one day I will finish them as I did really enjoy the first books of both series and both series are now complete… 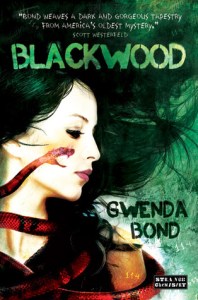 Blackwood is a dark, witty coming of age story that combines America’s oldest mystery with a thoroughly contemporary romance.

Oh that terrible thing that is the one-click purchase of Amazon. I loved this cover and I had just read Redhead – a historical paranormal murder mystery – brilliant book based on Easter Island. This sounded a lot like that, Lost Colonies, Missing Girls. I got overly excited and clicked buy now. This was back in 2012. Since then I’ve read reviews that its quite dry and boring… But the cover is still pretty awesome. 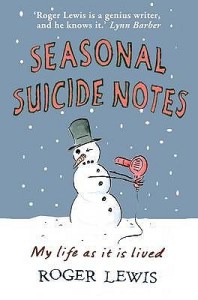 10. Seasonal Suicide Notes: My life as it is lived by Lewis Roger

For some years, the biographer Roger Lewis has been entertaining his friends with a letter at Christmas, in which he records details of the joys and frustrations of his life as it is actually lived. This book is a hilarious collection of these diaries and memoirs.

Sounds hilarious no? Well I thought so, when I got it for Christmas one year. However the reviews are conflicted and then I started thinking about all those supposedly hilarious comic autobiographies and wondered if I would find this the same. Inside jokes that if you were there, and knew the background then it would be funny but as an outside you find you just don’t get it and have to smile and nod politely. Hmmm jury’s out on this one ever getting read.