Top Ten Tuesday was created by The Broke and the Bookish in June of 2010 and was moved to That Artsy Reader Girl in January of 2018.
It was born of a love of lists, a love of books, and a desire to bring bookish friends together.
This weeks topic is Top Ten Outrageous/Crazy/Uncharacteristic Things We’ve Done for the Love of Books

1 Re-signed up to a book box service

I have a love hate relationship with book boxes.
They’re heavy on the plastic more frequently than I would like and sometimes the stuff is weird and…where exactly are we meant to put it all?!
BUT!
The books!
Exclusive covers and sprayed edges!
They’re so beautiful and I want them.

2 Signed up to a newsletter

Doesn’t sound too bad right? But I hate emails. I get so many I ignore the important ones that are hidden within the mass and that’s a real problem. I willingly signed up to a weekly newsletter to be able to purchase a special edition  of a book. Which I then forgot about, so when I finally got to it, they were sold out! Well , to be fair they sold out in half an hour, but still.

3 re-bought a whole series so the covers match

We’re not talking 4 or 5 books here, I mean a full 22 book series because by book 23 they had redesigned them!
I still haven’t read them all and…I’m not sure I want to any more.
Even though we’ve FINALLY reached the book I’ve been waiting for since book 10.

4 Bought books I said I wouldn’t

I still haven’t finished the first series in a set of three, so I decided I wouldn’t collect any more after the first of the third series. We’re heading into series 4 now and I have that on pre-order. Why?
Because Waterstones’ has special editions and they’re so damned pretty!

Yup. I could give another person a tidy book collection with my duplicates.
Not going to, but I could.
Some are reasonable duplicates – because one’s falling apart for example, or sometimes I have a special edition too, but we’re not going to talk about which book I have 12 copies of.
Holy cow!
TWELVE!!

So back in 2003 I cut a date short so that I could go and wait in line outside Waterstones so that I could collect my copy of Harry Potter and the Order of the Pheonix on release day. 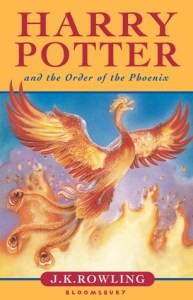 7 Fell behind in my English Class

I was so hooked on L J Smith’s Forbidden Games series that I started reading it in class inside my Shakespeare book. We had an in class test that week and I ended up getting a C, totally out of character for me.

8 I couldn’t afford my glasses

I needed new glasses but had spent all my money that month on books so I couldn’t afford them. Thankfully my boyfriend was nice enough to lend me the money.

I signed up for multiple Kindle book sites that told me that days/ weeks best deals. I spent tonnes of money on Kindle Books that I still haven’t read. I also filled my kindle with free ebooks. I’m still wadding through them all.

I really really wanted to read the last book in Ally Carter’s Embassy Row series so I got it out of the library. Unfortunately someone else also wanted to read it and I had very little time to read… so I ended up keeping it longer than I should and had to pay nearly £5 of overdue fees… I couldn’t have just bought the book!