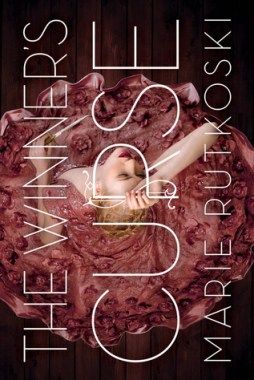 In a vast empire that is forever spreading, the youth have two choices. Marry and have children or enlist in the military by the age of 20. But Kestrel, the seventeen year old daughter of the general has other dreams.
One day, in the slave market by accident, she is startled to see a kindred defiance in the eyes of a slave up for auction. She is even more startled to find herself bidding for his life.
But even as he is a mystery to her, she is also a mystery to him. Mysteries that reveal themselves a little more every time they are in each other’s company.
His wit captures her and she quickly thinks of him as more of a friend than a slave. As her feelings towards him solidify, she has to hide them.
But he has secrets too and Kestrel is forced to learn that winning can sometimes be worse than losing.

Heart broken. HEART BROKEN!!! Why do I pick these books, WHY?! How do I even find them? They leave me torn up and I can’t even hate them because they’re so amazing.

This is a far more complex story than the blurb leads you to believe. It’s obviously just the tip of the iceberg, considering there are two more books. I’m really looking forward to seeing them through to the end even if my heart ends up shattered at my feet.
The characters were interesting and engaging. Both of them are a little slow however. Idiots! Ahem. Though Kestrel was sort of banking on it at the end, I agreed with what she did and why she said nothing. Though I wonder how it will all play out.

I find it hard to review some books sometimes, without giving anything away. It was all amazing and important to the plot and these people were just so clever! Except, maybe just not quite clever enough…yet. Holding out for a yet.

I loved the look into the Herran culture. The different gods, and stories and legends that go with them have always fascinated me in stories. I look forward to learning more about them. I hope we do!!!