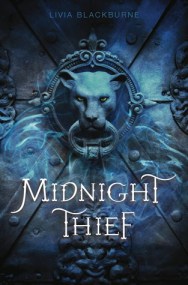 “Send someone to find them and put them under guard in the palace. Once they’re safe, I’ll tell you what you want to know.” – page 182

Kyra has known no life but that of the streets of Forge. She’s managed to get herself lodgings with coin sustained from her remarkable talent for scaling walls and bypassing guards but living job to job wears of the nerves. When the leader of the Assassins Guild offers her a wage in exchange for her skills getting into the palace she is hesitant, but she’s just pulled two young girls off the streets and needs the money to keep them safe, even though she doesn’t trust James and his rules there is something attractively luring about the young man.
Tristam, a young palace knight with a goal; take down the Demon Riders, people who ride giant wildcats and the ones responsible for his best friends’ death and the attacks on their city. But somehow they have access to information known to few that gets locked up in a room within the centre of the palace defences.
When their paths cross they are both surprised by the other, Tristam more so, for the great assassin-thief in front of him is a slip of a girl! Their goals are the same and in the end they work together, finding out some ground shaking truths along the way.

Sounds like there’s a love triangle doesn’t there? But don’t worry! There isn’t. She’s just a girl in a man’s world blessed with an envious grace. Graceful people tend to attract attention. As do the clumsy ones incidentally, so it’s not eye-roll worthy. Or at least it didn’t make my eyes roll.

Marginally less heart wrenching than the last book I read, this one has calmed me down nicely, even if I did resort to skimming ahead several times, y’know, to check everything out…

But oh boy oh boy oh boy! {oops, spoilers} yeah, you’ll have to read it to find out what’s up because it’s pretty different and pretty unexpected!!

Hopefully in the following books we’ll find out a bit more about the city, Forge. I’m confused, they talk about the Palace there is only mention of a Council. No Royal family in this palace? Is the place ruled by the Council only? And just this city? What about the rest of them? Or is it a tiny country? A break down would be nice, unless there was one and I just let it slip through the cracks as I hurried onwards?

I wonder how much will be different in the next book now that Krya has learnt to “stop reacting and start looking”…obviously the new situations will cause some issues but hopefully nothing too worrisome. I look forward to the more dramatic character development that we’ll be seeing, hopefully soon!