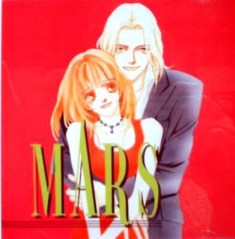 “If a castle gets destroyed, you just build a new one. If you wanted me to I’d build them over and over.”
― Volume 08

Kira is a quiet and antisocial student who spends all her time in the art room, she talks to no one and avoids the boys. Then one spring holiday a confident and loud boy from her school who spends his time racing bikes and chasing girls asks her for directions, which she drew on the back of a picture he later kept. When they return to school he’s shocked (and excited) to discover her in his class. And so begins the love story of Kira and Rei. At first, she offers him the final of the drawing he has, once it’s complete and he promises to protect her and be her model in exchange. But neither is what the other expected and they become friends rather quickly before becoming more. They both have shadows in their pasts that need to be addressed, but together they can weather anything.

I originally read this online and realised I needed to own it desperately. Luckily someone was kind enough to be selling the whole set on ebay for a terrible reasonable price! I break them out sporadically, when I just HAVE to read them again.

Though within the storyline Rei is seen as the stronger character, I always feel like it’s Kira who has the most strength. It’s almost as though she’s un-phased by life around her while Rei is thrown all about the place, at least until he collides with Kira and then his life seems to calm.

I love this shamelessly for the love story. There’s no wider plot, no magic or aliens or murder. Just two people who accidentally meet and become each other’s everything. It’s so perfectly sweet that it’s the perfect thing to read with a warm drink by a fire or curled up in bed on a sick day.