PLEASE NOTE: This has been reposted due to unsafe spam. Sorry for any inconvenience. 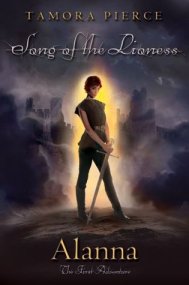 This week’s throwback is also our very first Guest Post and it’s brought to you by:

who is the author of Tower of Obsidian, a book kindly offered in exchange for a review. Please check back tomorrow to read it!

Throwback Thursday: The Song of the Lioness Quartet.

I’m not one to follow trends and for me, the novels featuring Lady Alanna of Tortall weren’t revolutionary – I read pretty much whatever I felt like growing up, and more often then not, the new books I was given featured female protagonists – Ramona Quimby, Anne Shirley, Nancy Drew – or they were active in a co-ed setting, such as Jill Poole or Lucy Pevensie.

However, I inherited this giant stash of pulp science-fiction and fantasy, and it was a lot easier to go to my shelf then get mom to take me to the library three times a week. Like many young readers, I stumbled across titles that probably should have waited a few years for my education to catch up; I would be reading The Boxcar Children one day, and something like Dune the next (because when you’re that young, thick books = I’m smart). I never let sports be for boys or for girls, and I didn’t make that decision in the books I read, either – however, I noticed trends in what I was reading. By grade 4, I could tell who the love interest in an Edgar Rice Burroughs book was by how angry she was with the hero in the first act, and in books for grown-ups, women didn’t usually have as big a role as their younger counterparts. Let’s just say it always irked me that once a girl hit puberty, generally speaking she got a lot less competent in most of the books that I read.

I discovered the first book of The Lioness Quartet at the local library – I was excited to read about a young girl disguising herself as a boy to become a knight. I knew something about Joan of Arc by the time (about 9 years old) so I was really excited to read about the trials and tribulations of a young girl wanting to defy tradition and society to do what she wanted. I was a little disappointed that Alanna didn’t get to have a great big journey initially, but it paid off as she progressed in her skills and set out to carve her own destiny once she obtained the status of knight in her own right.  I remembered the books as I started writing my first novel in junior high – and finally remembered the title of the first book when I graduated high school and reread the series.

Let’s just say it was different the second time around.  Opinionated (and slightly ignorant) that I was, I read them and saw a lot of messages in the books pushing agenda – while I was glad as a kid that Alanna didn’t marry [oops! spoilers!] (I thought he was kind of boring) I felt there was lots of hand-holding when I wanted monster-slaying. It was subtle enough in the first two books, but by book 3 Alanna joined fantasy foreigners as she crossed the border. You can’t ignore a title like The Woman who Rides like a Man and a good chunk of the book was basically Alanna teaching other women to stand up for themselves. Things got better as the focus became more on saving the kingdom and less about how Yes We Can, because she was already preaching to the choir. She already foiled a plot against the throne, I wanted more of the same only involving sea monsters or other standard fantasy fare.

As I matured as a reader and a writer though, rereading the books again I started to understand why Peirce went the way she did. I never looked at someone else as a role model in terms of what I could accomplish – I took for granted that I was active and competent, and that if someone took issue with it, that was their problem, not mine. With The Song of the Lioness Quartet, I see it now as something that was giving a lot of people permission rather then necessarily saying this or that about birth control. While I can’t ignore the messages, I can look back at them and smile, knowing that it’s one of many titles that feature strong characters that happen to be females, not generic strong female characters. While I think female representation in media has a long way to go, I think this is a great series and I’ve handed it to many of my young cousins as they get their first chapter books.

The series continues on in the same world with other characters who were influenced by Alanna of Tortall’s legacy. They’re on my reading bucket list. 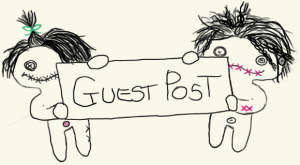