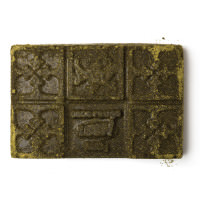 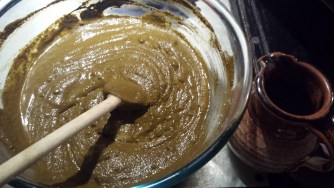 Kinda looks like browned Guacamole doesn’t it? Smelt amazing Though!

A little history; I have dark red-brown hair and a few christmas’s ago, I went fully blonde, a nice pretty pale blonde. Then I accidentally went green and it all went down hill from there. But I kept a blonde bit by each ear even after cutting off all the lengths of my hair (I didn’t realise you have to go via red to get back to brown, especially for actually red-brown hair…). A few months ago I started the long process of getting my hair back to one colour. As my natural colour seems impossible to match however and as I cant currently dye the sides of it any more, I’ve opted to red henna my whole head and get it to blend better while it recovers. These are my adventures with the horribly messy and amazing smelling stuff from LUSH. 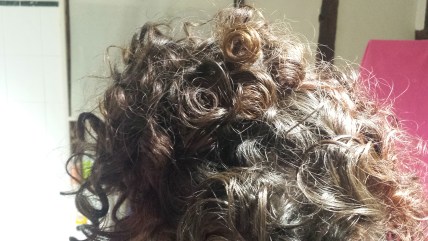 See, my issue was the red bits on the side made the rest of my hair look rather dull and not at all red, which annoyed me. So I bought a block of Caca Rouge and enlisted the help of my mother. After some confusion and a quick consult of youtube (I didn’t quite get the instructions) I discovered you DID add water to the broken up Henna, enough to cover it and then more until it has the consistency of melted chocolate. I discovered though that you need to make the chunks small so it melts with no lumps. One video I watched she used a smoothie blender and blended the whole affair. DON’T FORGET SOME FORM OF BALM OR VASALINE ON YOU HAIRLINE! Or if you/your assistant can be messy, your entire face and neck and ears. especially if you have longer hair. I did it sort of jokingly and it actually came in handy as my hair sat on my neck for a little. 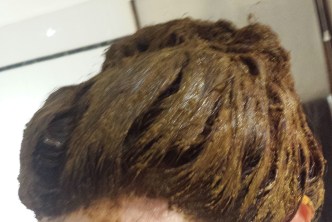 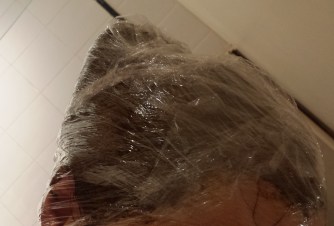 Then I wrapped it up in cling film (which it says to do if you want a redder shade. but I didn’t want to get it everywhere) and then added a hat. But this was all a mistake as it was too warm and the Henna became runny and went everywhere. So I took off the cling film and left it for a few hours. It took forever to wash out as it was solid and I kept having to rinse the bath. When I finally managed it I then loaded it full of deep conditioner and cling filmed it, put a bag over the top then a hat and went to sleep. (I usually do this)

24 hours later this is the result: 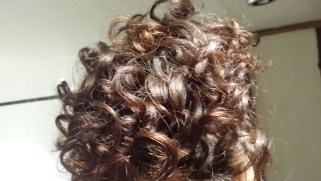 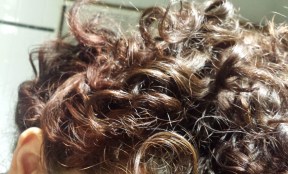 I was a little disappointed, having been so scared of going RED as it seems to be more brown to me, but then I’ve only seen it in artificial light and I have to admit the side bits by my ears certainly goes better. I’ve been assured several times that it’s quite red. I will definitely be leaving it in a lot longer next time. Though it was blended with cocoa butter my hair does feel a little dry, I may experiment with adding a little oil to the mix too and using a better conditioner afterwards. I look forward to seeing what it looks like tomorrow! Wonder if the water will still be orange when I wash it next…

Ok, seen it in different light and I agree, it’s red! So exciting! haha