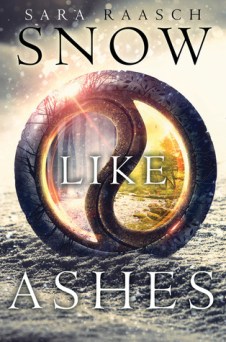 A heartbroken girl. A fierce warrior. A hero in the making.

Sixteen years ago the Kingdom of Winter was conquered and its citizens enslaved, leaving them without magic or a monarch. Now, the Winterians’ only hope for freedom is the eight survivors who managed to escape, and who have been waiting for the opportunity to steal back Winter’s magic and rebuild the kingdom ever since.

Orphaned as an infant during Winter’s defeat, Meira has lived her whole life as a refugee, raised by the Winterians’ general, Sir. Training to be a warrior—and desperately in love with her best friend, and future king, Mather — she would do anything to help her kingdom rise to power again.

So when scouts discover the location of the ancient locket that can restore Winter’s magic, Meira decides to go after it herself. Finally, she’s scaling towers, fighting enemy soldiers, and serving her kingdom just as she’s always dreamed she would. But the mission doesn’t go as planned, and Meira soon finds herself thrust into a world of evil magic and dangerous politics – and ultimately comes to realize that her destiny is not, never has been, her own.

Well, I enjoyed this! Despite the love triangle that’s floating around somewhere in there, I still gave it 5 voodoos. And the best bit is, there’s no cliff hanger ending! It’s open, of course, being 1 of 3, but there’s no cut off half way through something major. This was a tremendously brave, against-the-grain thing to do, generally people opt for hooking people into the next book, but honestly, I’m far more willing to buy book 2 now(not that I wouldn’t have anyway). Too bad I can’t pre-order it before it’s written!

Half way through the book I liked where it looked like it was heading, it was a situation other characters have found themselves in before, but generally they usually find their way out of it, this seemed likely to actually happen and I don’t recall ever having read a book like that before, I was actually looking forward to it. there’s a possibility that something along those lines might happen still, but there was a whole twist around in there which has made the exact same situation in the future become a completely different situation. Confused yet?

I have to say, Meira was a little whiny to start, but she soon realised it and resolved to change her thinking, but then, bless her, she’s only 16. Yes, ok she’s a soldier too, but really, she hasn’t been given the chance to be a full soldier yet, Sir didn’t want that life for her, he wanted her to be able to be a girl so he resisted as long as he was able but she just wanted to fight for her country so that she could feel worthy of it.

One thing that bothered me (There WERE two, but I can’t address the second as it’s tied up deeply within the plot line and therefore is sort of answered) was that they never formed rescue attempts. Sure they were technically on guard duty, but when you have 20 soldiers, you can split up your responsibility. Though I guess, they weren’t all soldiers so that could have been an issue, but once they had some form of soldiering training going on, little raiding parties could have been pretty effective in swelling their ranks.

This book reminded me a little of The Queen of the Tearling. Strong female character, a world at war and determination to save the people of their country. Both books are new favourites and I look forward to seeing how they both develop.

In short, as soon as I’m aware of pre-ordering opportunities, the next books are mine!