Top Ten Tuesday is a weekly feature hosted by The Broke and the Bookish that other bloggers are welcome to join in, to create Top Ten lists on varying topics. This week it’s our top ten Characters who I would want to be for Halloween .

Are they supposed to be scary? Mine aren’t scary…

I was going to say I have 5 from books and 5 from film/tv, but 3 out of my books are also film/tv… 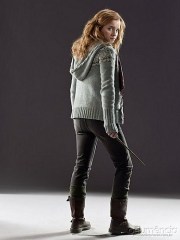 She’s smart and strong and all I have to do is brush out my hair! Not something I’d actively choose to do to be fair, but an amazing fall back, short notice costume. 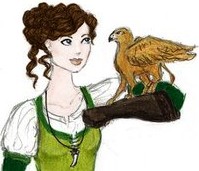 What person wouldn’t love to have the ability to talk to animals, become animals, shoot a bow with perfect accuracy, have a pet dragon and hang out with Alanna, Numair, Kadder and so forth? A demigoddess with amazing hair, certainly one I’d consider in the future. The picture, i got from google and is tagged as being by rosered_snowwhite on diviant art, unfortunately I couldn’t find them to ask permission or link them.

Ok, so far I’ve picked characters with the same hair as me, which is sightly odd as my hair is pretty unique! I’ve put Claire Fraser instead of Randell because I much prefer Jamie over Frank, but I’m not sure there’s many who dont, to be fair. Also, perfect excuse to spend the day in tartan! Not that you ever need an excuse.

4 Katniss Everdeen from The Hunger Games by Suzanne Collins 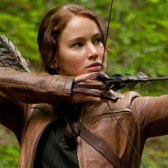 Another brown haired bow wilding female! I think I have a type…another quick and easy one! Seriously complex side braid, bow and arrow and I get to be blunt all the time. What’s not to like?!

5 Raksha Keller from Nightworld by L.J.Smith

I used to want to be her all the time when at school. She had long dark hair and she could turn into a panther at will. A PANTHER! How amazing? Not too pleased with her outfit of choice however, a skin tight jumpsuit…

6 Snow from Once Upon A Time 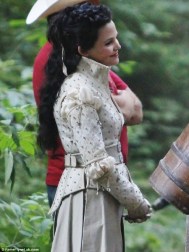 I love this version of Snow White! She’s so kick-arse. She has pretty amazing outfits too. Also I just want this hairstyle…

7  Tamina from Prince of Persia: The Sands of Time 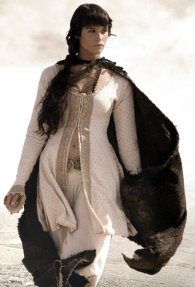 More hair envy! I would just point out, the style, not the straight. I love her character, through out the whole film she’s pretty amazing. Also, who wouldn’t want to look like Gemma Arterton?! 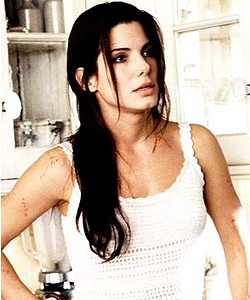 At this point, it’s safe to conclude I have an obsession with hair… Though in Sally’s case, I also covet her magic! Perhaps the simplest of all costumes, she’s your average girl with amazing abilities. I also love her aunts. Will totally choose them when I’m older for my costume! hehe 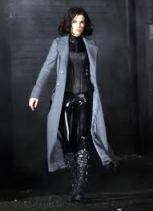 Had to get a vampire in here somewhere! And another kick arse lady. Poor woman, her time of it has not been easy, so cant wait for the next film…Again, I have an issue with her outfit… 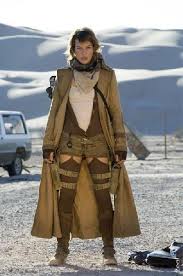 Alice! I have a character or two of my own that have several things in common with this individual, it’s the closest representation that I’ve seen so far. (I’ve yet to see Lucy, the film, but from what I’ve seen in the trailers, that seems pretty accurate too!) This is my favourite outfit of hers and if I were to be her, this is the one I’d choose!