Top Ten Tuesday is a weekly feature hosted by The Broke and the Bookish that other bloggers are welcome to join in, to create Top Ten lists on varying topics. This week it’s our top ten Books We Want To Reread.

1 The False Prince by Jennifer A. Nielsen

I mention this book a lot. I have even claimed that if I were to only be able to read one book for the rest of my life I would choose this one. So far I’ve read it three times and could happily read it again.

2 The Coldest Girl in Coldtown by Holly Black

From what I saw before I read this book, it wasn’t getting that high a rating, but I really quite enjoyed it. I originally had it as a kindle book, but I liked it enough to buy it as a hardback too. It was an interesting world and I really hope to return to it sometime soon. 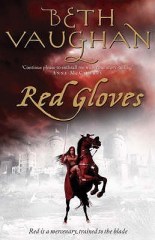 It may be time to reread this one soon, I cant remember exactly what happens any more! I’ve read it twice before and I enjoyed it both times. It fits well within my favourite genre. Strong lead, adventures across unknown lands and people to be saved.

4 The Queen of the Tearling by Erika Johansen

This is a relatively new book and I’ve only read it once, but I was pretty excited about reading it again pretty much as soon as I read it. I cant wait for the next book to come out so that I can re read this one.

This one I’ve only just read but I’m certainly looking forward to re-reading it again in the future as the rest of the series is revealed.

This series filled my Teenage years. I would read it over and over until the books fell to pieces, I’ve only read it once in my twenties but just thinking about it makes me want to pick them up again now. If I had to choose one of the stories in the series it would be Daughters of Darkness. I loved the chemistry between Ash and Mary-Lynnette. If only Smith would finish book 10 – Strange Fate – I NEED TO KNOW MORE!!!

Terry Pratchett just cracks me up. He has such a British, quirky sense of humour. There are so many books in the Discworld series and I would happily read any of them but Mort is easily my favourite. Death is an amazing character and from a design point of view I loved that all his speech is written in dark capitals so without any introductions you always know its him talking. 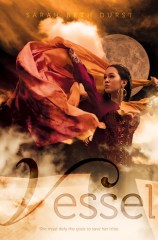 I’d read this one again just to give me an excuse to stare at that cover again. It’s beautiful. But seriously, this book was beautiful. It was magical and wistful. 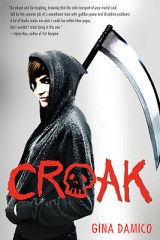 Maybe I have a thing for the Grim Reaper as this is another book about Death and like Mort is about a Grim in training but Croak was different as its more of a mystery and more aimed at teens. I have the next few books in the series so I wouldn’t mind re-reading this one and then continuing the series to see what happens next. 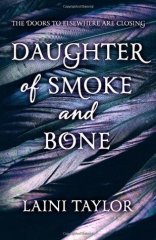 10. Daughter of Smoke and Bone by Laini Taylor

This was my favourite book of 2012 and I think it will always be in my top 10 all time favourites. Book 3 may not have been as good as I hoped it would be but I still loved the whole series. Every last heart-breaking page of it and I would read it again and again.

One comment on “Top Ten Tuesday: Top Ten Books We Want To Reread”