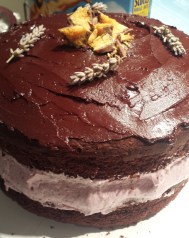 On Friday in the UK we had a mass charity event called Children in Need. Part of the fundraising ideas was a bake off type of thing. Where I work, we had a cake party and this is the cake I chose to make.

All the recipes were to be found on the Children in need site as PDF’s, which is located here:
Children In Need Recipes

I chose the Chocolate cake with lavender butter cream and honeycomb.
(if the hyper link stops working please click on the pictures below to view the larger image.)

As a number of my colleagues at work are gluten free, so is this cake.
I did notice that when making this cake, it said within the ‘method’  ”In your kenwood mixing bowl beat the cream and sugar together until combined and light.” and I’m pretty convinced it meant, cream the butter and sugar together, considering there was no cream in the ingredients for the cake and there isn’t butter mentioned again so this seems a reasonable conclusion. I creamed the butter and sugar first so while I organised everything else so it was going for a good ten minutes or so and the mix ended up a nice toffee colour, having started off very dark. 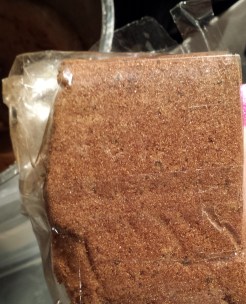 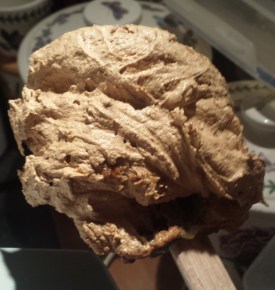 There is also no mention of what to do with the melted chocolate. I don’t particularly enjoy dark chocolate, even melted, so I opted to actually add it to the cake mix anyway. (and when they say “until the miss is combined”, they must mean mean mix…)
It had a nice airy consistency when I was done mixing, almost like moose and while baking it it solidified a little but when i was testing it I poked it too hard and left finger marks…so be gentle there…
I left the cake to cool and then wrapped it in clingfilm and put them in the fridge for 24 hours.(mainly because I was doing stuff, but also, because this is meant to be good for the icing process and apparently works well with red velvets…)

I followed the instructions for the lavender butter cream, the yield seemed far more than required…even putting a load in the cake I still managed to have a tub left over. I ended up finishing one tube of purple colour and half of another, NOT the two drops it suggested.  By itself it was heavily lavendery, possibly I added more than two tablespoons full as I had to crush a small amount of flowers at a time, however it worked well within the entire cake. 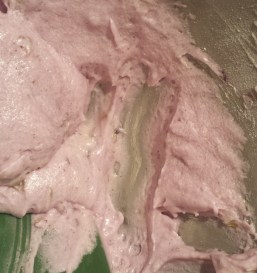 Next came the Ganache. When “bringing the cream to the bowl” it might be better to bring it to the boil…and they didn’t instruct you to to let it sit a little, which is apparently what you need to do. Also you have to remove the cream from the heat to add the chocolate, unfortunately, the entire aga is a heat source so I sort of failed on that front and it separated. I drained off the oily residue and it smoothed out well. 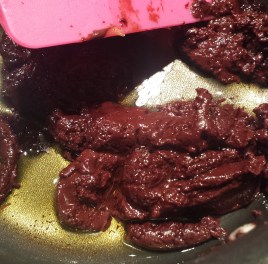 In the end the entire thing got squished a tiny bit in my cake carrier, for some reason, though I used the right sized tins my cake ended up far taller than then the picture, perhaps because mine were pretty flat so I didn’t “trim” them. Over all I wasn’t too thrilled with the recipe as a whole, however it went down well and tasted good all together.

And hey presto! The finishing act: 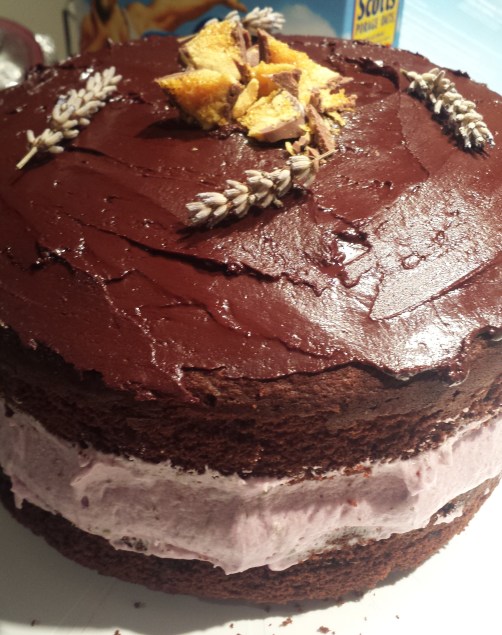