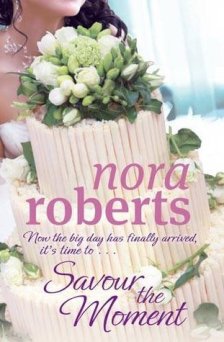 #1 New York Times bestselling author Nora Roberts cordially invites you to meet childhood friends Parker, Emma, Laurel, and Mac — the founders of Vows, one of Connecticut’s premier wedding planning companies. Laurel McBane has always relied on her friends for support, especially when her dream of attending culinary school was almost ruined by her parents’ financial problems. Now Laurel is repaying the kindness of her friends by creating extravagantly luscious tiers of cakes and other confectionary delights that add the perfect touch to their clients’ weddings. As for romance, Laurel believes in it — in theory. But she’s too low-key to appreciate all the luxuries that other women seem to long for. What she does appreciate is a strong, intelligent man, a man just like Parker’s older brother, Delaney Brown, on whom Laurel has had a mega crush since childhood. But some infatuations last longer than others, and Laurel is convinced that the Ivy League lawyer is still out of her reach. Plus, Del is too protective of Laurel to ever cross the line with her, or so she thinks. When Laurel’s quick- silver moods get the better of her — leading to an angry, hot, altogether mind-blowing kiss with Del — she’ll have to quiet the doubts in her mind to turn a moment of passion into forever…
-Goodreads

.
This one involves cake! What’s to hate? This is one of my two favourites. I love how Del takes their change in relationship, if not how he deals, he’s perhaps a little slow, while Laurel is quick to jump to assumptions, possibly to protect herself from hurt, but Del is clearly a man who takes his time on things and she really should have known that. Besides, the heck took you so long girl?!
.
As with any Nora Roberts series, the story of the previous characters doesn’t end with the end of their books, they’re in the background, progressing onwards. Especially with these guys as they’re daily in each others lives. This is a little disappointing if your favourite is the last, you don’t get that sneaky update. Luckily this one is only the second last, more Del and Laurel is available to us in the next one!
.