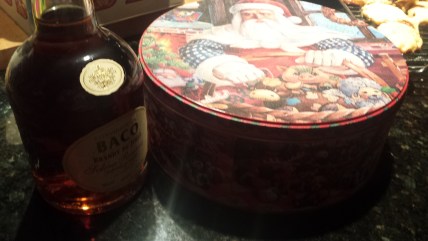 If you haven’t already made yours you’re a little behind! I made mine this weekend. This year I adapted a boiled boiled fruit cake recipe.

So the recipe I used was found here, originally by Ms4Tune.

Obviously, as always, we changed the recipe last year when we made several batches.

We put in 4 times the water as the original was rather dry and my grandmothers boiled fruit cakes were always moist and we added some glacé cherries, all spice, cinnamon, ginger and nutmeg to taste. Or this is what my notes tell me.

This year,I tripled the recipe. I put 1kg of dried fruit and 3 tubs of whole glacé cherries in a small amount of brandy (all we had left) and promptly forgot about them for a week. (actually, I had several migraines so I sort of had an excuse.) I then followed the instructions, boiling the fruit etc and adding the spices to the water. As I had far more mix than I originally expected, I managed to make one large cake and 6 smaller ones. 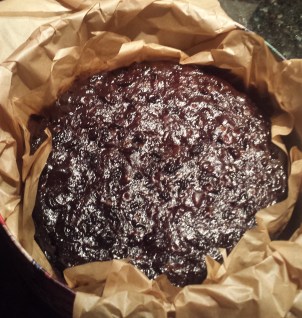 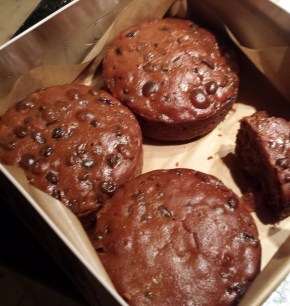 I cooked the smaller ones in the baking oven for an hour and a half but the big one I put in the warming oven to slow bake through out the day and night. (This is what we did last year with the aga cake instructions, though I’m not sure I like it we’ll see)

The tiny cakes are an amazingly moist cake, at the moment I don’t know about the other as it cooed differently, but considering we’re feeding it brandy, we wont really know when we eat it either!