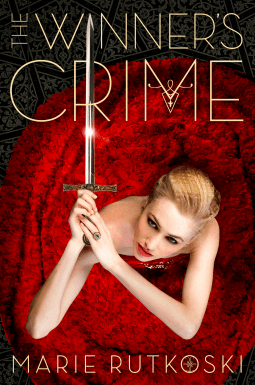 So, it took me a long time to read this book, I picked it up on a Tuesday evening, two weeks from the end of term. Not only is this a usually busy time, it was the run up to Christmas. Worst idea I’ve had in recent memory, except for the one where sorting my hair out myself is the way to go, but that’s reoccurring one and not relevant here. Somewhere around 1.30am and 55%I realised my idea of casually reading it over the rest of the week was simply pipe dreams, it was going to be all or nothing so I subsiquently had to ban myself from reading more until I had time. Today was that day! Here are the notes I made at 55%:

A few issues; I’m currently lacking in sleep. No sleep here. And there’s no option for stopping at the end of a chapter, BECAUSE THERE’S NO CHAPTERS! Of course this is a digital ARC copy and that will be sorted when I have the real thing.
Bittersweet! The word for this book is bittersweet!

Now that I’ve read the whole thing, this is how I feel on the matter:

Certainly the first half was bittersweet and while the theme  continued into the second half, I feel that my self imposed ban helped me to focus better and notice something. When you aren’t trying to cram one more chapter in several hours after you’re meant to be sleeping, you can almost feel the Sting and Bite tiles lining up, even as the rug is pulled out from under you. At this point, we’re 2/3 through so I’m pretty sure that they’ve been lining up from the first word, but the exact players are hard to pin down.

I couldn’t tell you my favourite character. Perhaps the Princess, for there is more to her than we seem to know, Arin seems a little too dense sometimes, I really just want to whack him over the head with a trout and Kestrel, for all her skill, is easily distracted into thoughtless moves. The Emperor is there to be hated and to be honest, he’s over confident in his moves. Even when all the pieces were mine, I wouldn’t have been mean about it all.That’s the perfect way to get what he’s going to get! I’m assuming.

Where book 1 made me cry, this one gave me hope. As I said, I could almost see the tiles lining up and while there are still several ways this could still go, the Emperor has lost far more than he seems to realise and I can’t wait to find out how it all comes together in the end.