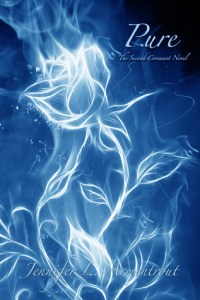 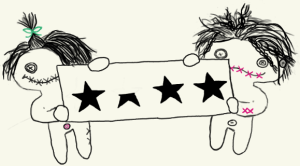 “You know what, you need to stay out of my bedroom. You have your own.”
He smiled. “I know I do. I see it quite often. I just prefer your bed. It smells better.”
I made a face. “It smells better? What does your bed smell like? Regret and bad taste?”

There is need. And then there is Fate. Being destined to become some kind of supernatural electrical outlet isn’t exactly awesome–especially when Alexandria’s other half is everywhere she goes. Seth’s in her training room, outside her classes, and keeps showing up in her bedroom–so not cool. Their connection does have some benefits, like staving off her nightmares of the tragic showdown with her mother, but it has no effect on what Alex feels for the forbidden, pure-blooded Aiden. Or what he will do–and sacrifice–for her. When daimons infiltrate the Covenants and attack students, the gods send furies–lesser gods determined to eradicate any threat to the Covenants and to the gods, and that includes the Apollyon–and Alex. And if that and hordes of aether-sucking monsters didn’t blow bad enough, a mysterious threat seems willing to do anything to neutralize Seth, even if that means forcing Alex into servitude–or killing her. When the gods are involved, some decisions can never, ever be undone.

Awww shucks! I think I have become smitten with this series! I’ve watched so many friends on Goodreads fall under Jennifer L Armentrout’s spell and wondered what all the fuss was about. Yes, I had a rocky start with Half-Blood due to its resemblance to Vampire Academy but let me assure you that I am now a convert!

I gave this a half star less the Half-Blood in the end because I felt there wasn’t quite as much action – at the beginning yes there was action, with a break in at the covenant and pure’s being murdered and terrible other things, but in the second half it kind of petered out and felt more like a build-up towards the next novel. But I did enjoy it and I think I picked up on quite a few of the little hints at storylines to come. One of my favourites that I hope is true and not just a figment of my over active imagination is to do with Leon… Check goodreads for my thoughts cos I can’t figure out how to hide my comment on here lol.

I really loved the forbidden love between Alex and Aiden in Half-Blood, but I was thrown through the spinner with Pure because I just couldn’t help enjoying the new love-hate relationship between Alex and Seth. I’m not a massive fan of love-triangles but sometimes, if it’s got a good reason for being there I don’t mind them. In Pure, Aiden had to step away from Alex because they were surrounded by the very people who enforce the law and if any hint of their love for one another  was shown, it would have been disastrous and Alex would have ended up dead or in service. But it did make me sad. Aiden became all distant and moody and I missed him nearly as much as Alex did. But then Alex and Seth started spending more time with each other, and just WOW… that chemistry, I couldn’t help feeling torn! I wanted Alex to be with Aiden but now I want to see what’s next with Alex and Seth!!! I just don’t know how she will ever decide. I’m expecting HUGE fireworks in Deity.

There was a moment during Pure that totally ruined me. But I will let you find that out yourself. All I will say is you need your tissues handy because I cried… A LOT!

I really love this series and can’t wait to read book three, Deity.