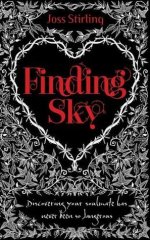 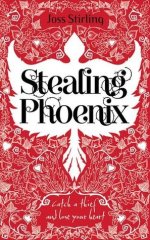 “You have half our gifts. I have the other…” Finding Sky

Within our world are people with extraordinary mental abilities. They are know as Savants. There powers are only half of a whole, and so each Savant must seek out their soul-finder (their soulmate) in order to be complete.

It’s been a few years since I read the first and second instalment of Joss Stirling’s Benedicts Series, and actually I read these the wrong way round. I don’t particularly feel that I missed out on anything by doing this. With the third and fourth book sitting on my shelf I thought it was about time I revisited this series and found out what happened next!

The Benedict series is about soulmates and love conquering all and who doesn’t love that! Especially when we have a family of brothers all searching for the other half to their soul. So sweet. (As a Young Adult series please remember that the romances in this series won’t develop beyond kisses and hand holding- yes I agree a little disappointing but there has to be a line somewhere – for a more adult version of this see The Lords of the Underworld Series by Gena Showalter).

You have half our gifts, I have the other . . . When English girl Sky, catches a glimpse of bad boy Zed in her new American high school, she can’t get him out of her head. He talks to her with his thoughts. He reads her mind. He is the boy she will love for ever. Dark shadows stalk her past but a new evil threatens her future. Sky must face the dark even if it means losing her heart.

Finding Sky was cute and fluffy. Sky was quiet but strong and just a normal girl next door. Zed was a bad boy who started to show a softer side when he tried to protect and shelter Sky. I think what helped this novel was the mystery that was Sky’s past. It added a risky side story to what could have been an overly sweet romance. Joss Stirling usually does this quite well with balancing though. Many people tagged this as a terrible insta-love story but as the main ethos of these novels is soul-mates, the aspect of insta-love is un-avoidable, otherwise what would be the point? If you’re souls are meant to complete each other then surely you would notice that familiarity at least? I loved the magical powers side of things too. In some ways this series reminded me of one of my favourite Young Adult series, Nightworld by L J Smith.

Phoenix belongs to the Community, a gang of thieves with paranormal powers. Yves Benedict, an American student visiting London, is her mark. But Yves turns out to be more than just a target. He is her destiny. Her soulmate. The Community owns Phoenix’s past and it wants her future too. Can Phoenix save the boy she loves . . . and herself?

I personally think I gave this one a higher rating than it perhaps deserved just because I read it before Finding Sky. It has very similar plots and undertones and the family was less involved, only appearing towards the end of the book but at the time I didn’t know what I was missing! Phoenix is feisty and on the wrong side of the law, and Yves is a very intelligent nerdy guy with Techie powers. Completely different characters to Sky and Zed but like Sky and Zed they have to overcome Phoenix’s past. And like Sky, Phoenix had no knowledge of the history of Savants, their powers and the Soulfinder principle. Again all of the mystical powers and the criminal involvement all made this an interesting and exciting read that I still thoroughly enjoyed. Just call me a romantic.

There was also a short story Challenging Zed which was a few scenes from Finding Sky told from Zeds point of view. Usually I don’t like these kind of things as I like the mystery of only knowing one side of relationship, like real life really, but I thought this was cute and funny so wasn’t a total waste of time.