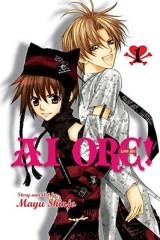 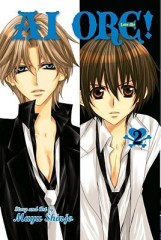 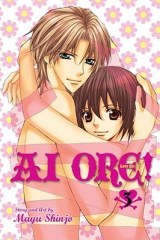 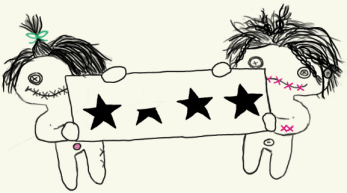 Mizuki is the female “prince” of her all-girls school and the lead guitarist in an all-girl rock band. Akira is the male “princess” of his all-boys school and wants to join her band. Love may be on his mind, but romance is difficult when everyone keeps mistaking Mizuki for a boy and Akira for a girl!When the lead singer of Blaue Rosen announces she is moving overseas, Akira does all he can to convince Mizuki and her bandmates to let him join. But will a resistant Mizuki allow him into her band, much less her heart?
-Goodreads

I didn’t have this full description when I started to read it, I thought it was a band and that they were guys and no one knew Mizuki was a girl, I didn’t realise it was a whole girlband and that they were all dressing like boys. Though I knew there was an attraction to boys looking like girls (in all boys schools), I didnt realise there was one for girls looking like boys in all girl schools too. So basically this is a manga full of ‘traps’ as someone I know likes to call them. Girls looking like boys and boys looking like girls.
I would just like to point out that the girls are seen as ‘pretty boys’, for example, when dressed as girls they didn’t seem to be men in dresses, but pretty women.
I did enjoy,that while she was the tall and ‘manly’ one, she fulfilled the stereotypical female role and he fulfilled the stereotypical male role, looking after her while she cried all over the place. It was just the right side of odd.
While it was amusing watching them attend each others schools (located next to each other) in the other schools uniform etc, there didn’t seem to be much point to it, except that Mizuki worried she was too manly and Akira wondered if his willingness to dress as a girl to be near her would work against him. There was the typical “I want to do dirty perverted things with you because I am a man” manga talk and “nooooo I’m not ready! I cant tell you that I love you” as well as the long list of interruptions that always come at the wrong moment.
While there is a ‘sequel’ (I believe the author switched publishers) I wont be continuing to read this. I’m not sure where it’s going and I’ve had enough. Where I’ve got up to is an alright stopping point.
.