The Golden Cage & The Silver Key 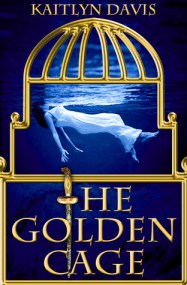 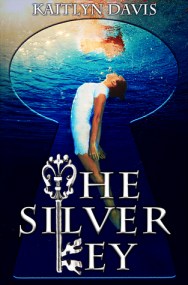 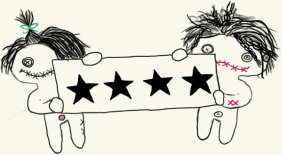 From bestselling author Kaitlyn Davis comes a fantasy adventure perfect for fans of Throne of Glass, Graceling, and Game of Thrones.
In the land of Ourthuro, cruelty is a way of life. The king rules with an iron fist and no one dare defy him–no one except his daughter. Princess Leena is keeping a dangerous secret, she has fallen in love with a soldier and it would mean both of their lives if her father ever discovered their affair.
But Leena will risk it all to be with the man she loves–her heart, her life, her freedom. And when her brother’s birthday celebration takes a dangerous turn, Leena is forced to make a decision that will change the fate of her nation and eventually the world.
The Golden Cage is a prequel novella to The Shadow Soul (A Dance of Dragons #1)–available now!
-Goodreads

While billed as a prequel this actually happens after the start of The Shadow Soul as it’s set roughly only a week before the Prince Rhen arrives in Ourthuro. Therefore I’d recommend it be read AFTER The Shadow Soul. You’re also likely to care more about the characters. This is a sad story. It’s followed almost immediately by The Silver Key.
Title: The Silver Key
Author: Kaitlyn Davis
Book: 1.5 of A Dance of Dragons
Genre: fantasy
Found: Series
Rating: 4 Voodoos

From bestselling author Kaitlyn Davis comes the second companion novella to the thrilling A Dance of Dragons series—perfect for fans of Throne of Glass, Graceling, and Game of Thrones!
Weeks have passed since King Razzaq discovered Princess Leena’s affair and banished her lover from the kingdom. So when Mikza suddenly appears in the golden palace, chained and bound, Leena is floored. Even more mysterious is the man he travels with—a redheaded prince of Whylkin.
Unable to control her curiosity, Leena follows the strange convoy, hiding in the shadows as they meet with her father. But what she witnesses will the change the course of her life, and the world, forever.
Taking place parallel to the events in THE SHADOW SOUL, read Leena’s side of the story as she teams up with Jinji to save Rhen’s life and seeks to escape her father’s hold once and for all.
-Goodreads

Set almost right after The Golden Cage, this details leading up to and including Leena’s POV on the meeting with Jinji, but it doesn’t end there it keeps on going and builds the foundation for her part to come in The Spirit Heir (or so I assume). Far more sad than The Golden Cage, it also contains more hope. Basically, be nice to people, even the weakest, most timid of all might just find their backbone and bite you on the butt.