Top Ten Tuesday is a weekly feature hosted by The Broke and the Bookish that other bloggers are welcome to join in, to create Top Ten lists on varying topics. This week it’s Ten Books I’d Love to Read With My YA Book Club, If I Had One.

Most of these have been kicking about my shelves for a while, apart from The False Prince, but I’ve heard good things about them and HAVING to read them and having people to discuss them with would be a nice way to go about it all. The False Prince is on there because this is a list about getting others to read books and I want everyone to read this so that I can talk to them about it. At the same time I’m scared that no one will love it as much as I do however.

Saba lives in Silverlake, a wasteland ravaged by constant sandstorms where her family scavenge from landfills left by the long-gone Wrecker civilization. After four cloaked horsemen kidnap her beloved twin brother Lugh, she teams up with daredevil Jack and the Free Hawks, a girl gang of Revolutionaries.

Saba learns that she is a fierce fighter, an unbeatable survivor, and a cunning opponent. And she has the power to take down a corrupt society from the inside. Saba and her new friends stage a showdown that change the course of her civilization

Just when life can’t get any more disastrously crazy, Harper finds out who she’s charged to protect: David Stark, school reporter, subject of a mysterious prophecy and possibly Harper’s least favorite person. But things get complicated when Harper starts falling for him—and discovers that David’s own fate could very well be to destroy Earth. 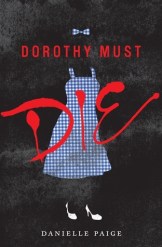 But when your whole life gets swept up by a tornado – taking you with it – you have no choice but to go along, you know? Sure, I’ve read the books. I’ve seen the movies. I know the song about the rainbow and the happy little bluebirds. But I never expected Oz to look like this. To be a place where Good Witches can’t be trusted, Wicked Witches may just be the good guys, and winged monkeys can be executed for acts of rebellion. There’s still a yellow brick road – but even that’s crumbling. What happened? Dorothy. They say she found a way to come back to Oz. They say she seized power and the power went to her head. And now no one is safe.

My name is Amy Gumm – and I’m the other girl from Kansas. I’ve been recruited by the Revolutionary Order of the Wicked. I’ve been trained to fight. And I have a mission. 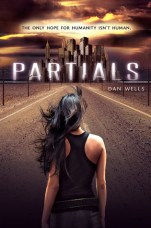 Humanity is all but extinguished after a war with Partials—engineered organic beings identical to humans—has decimated the population. Reduced to only tens of thousands by a weaponized virus to which only a fraction of humanity is immune, the survivors in North America have huddled together on Long Island. But sixteen-year-old Kira is determined to find a solution. As she tries desperately to save what is left of her race, she discovers that that the survival of both humans and Partials rests in her attempts to answer questions about the war’s origin that she never knew to ask.

by Jennifer A. Nielsen 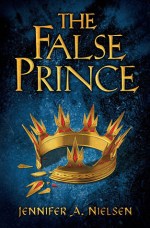 In a discontent kingdom, civil war is brewing. To unify the divided people, Conner, a nobleman of the court, devises a cunning plan to find an impersonator of the king’s long-lost son and install him as a puppet prince. Four orphans are recruited to compete for the role, including a defiant boy named Sage. Sage knows that Conner’s motives are more than questionable, yet his life balances on a sword’s point — he must be chosen to play the prince or he will certainly be killed. But Sage’s rivals have their own agendas as well.

As Sage moves from a rundown orphanage to Conner’s sumptuous palace, layer upon layer of treachery and deceit unfold, until finally, a truth is revealed that, in the end, may very well prove more dangerous than all of the lies taken together.

My choices this week are all books that I have been meaning to read for quite some time but are a little daunted to start, either because of the subject, or the length of the book/series. It would be good to have someone (or a book group) to ‘buddy-read’ them with so I could discuss them as I went along.

6 Finnikin of the Rock 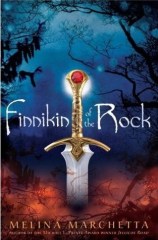 Finnikin of the Rock and his guardian, Sir Topher, have not been home to their beloved Lumatere for ten years. Not since the dark days when the royal family was murdered and the kingdom put under a terrible curse. But then Finnikin is summoned to meet Evanjalin, a young woman with an incredible claim: the heir to the throne of Lumatere, Prince Balthazar, is alive.

Evanjalin is determined to return home and she is the only one who can lead them to the heir. As they journey together, Finnikin is affected by her arrogance . . . and her hope. He begins to believe he will see his childhood friend, Prince Balthazar, again. And that their cursed people will be able to enter Lumatere and be reunited with those trapped inside. He even believes he will find his imprisoned father.

But Evanjalin is not what she seems. And the truth will test not only Finnikin’s faith in her . . . but in himself 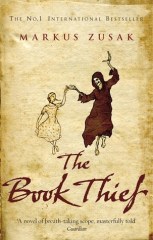 It is 1939. Nazi Germany. The country is holding its breath. Death has never been busier, and will be busier still.

By her brother’s graveside, Liesel’s life is changed when she picks up a single object, partially hidden in the snow. It is The Gravedigger’s Handbook, left behind there by accident, and it is her first act of book thievery.

So begins a love affair with books and words, as Liesel, with the help of her accordian-playing foster father, learns to read. Soon she is stealing books from Nazi book-burnings, the mayor’s wife’s library, wherever there are books to be found.

But these are dangerous times. When Liesel’s foster family hides a Jewish fist-fighter in their basement, Liesel’s world is both opened up, and closed down.

In superbly crafted writing that burns with intensity, award-winning author Markus Zusak has given us one of the most enduring stories of our time. 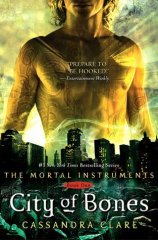 When fifteen-year-old Clary Fray heads out to the Pandemonium Club in New York City, she hardly expects to witness a murder― much less a murder committed by three teenagers covered with strange tattoos and brandishing bizarre weapons. Then the body disappears into thin air. It’s hard to call the police when the murderers are invisible to everyone else and when there is nothing―not even a smear of blood―to show that a boy has died. Or was he a boy?

This is Clary’s first meeting with the Shadowhunters, warriors dedicated to ridding the earth of demons. It’s also her first encounter with Jace, a Shadowhunter who looks a little like an angel and acts a lot like a jerk. Within twenty-four hours Clary is pulled into Jace’s world with a vengeance, when her mother disappears and Clary herself is attacked by a demon. But why would demons be interested in ordinary mundanes like Clary and her mother? And how did Clary suddenly get the Sight? The Shadowhunters would like to know… 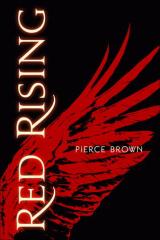 The Earth is dying. Darrow is a Red, a miner in the interior of Mars. His mission is to extract enough precious elements to one day tame the surface of the planet and allow humans to live on it. The Reds are humanity’s last hope.

Or so it appears, until the day Darrow discovers it’s all a lie. That Mars has been habitable – and inhabited – for generations, by a class of people calling themselves the Golds. A class of people who look down on Darrow and his fellows as slave labour, to be exploited and worked to death without a second thought.

Until the day that Darrow, with the help of a mysterious group of rebels, disguises himself as a Gold and infiltrates their command school, intent on taking down his oppressors from the inside. But the command school is a battlefield – and Darrow isn’t the only student with an agenda.

When MacKayla’s sister was murdered, she left a single clue to her death, a cryptic message on Mac’s cel phone. Journeying to Ireland in search of answers, Mac is soon faced with an even greater challenge: staying alive long enough to master a power she had no idea she possessed – a gift that allows her to see beyond the world of man, into the dangerous realm of the Fae.

As Mac delves deeper into the mystery of her sister’s death, her every move is shadowed by the dark, mysteriou Jericho…while at the same time, the ruthless V’lane – an alpha Fae who makes sex an addiction for human women – closes in on her. As the boundary between worlds begins to crumble, Mac’s true mission becomes clear: to find the elusive Sinsar Dubh before someone else claims the all-powerful Dark Book – because whoever gets to it first holds nothing less than complete control both worlds in their hands.

One comment on “Top Ten Tuesday: Ten Books I’d Love to Read With My YA Book Club, If I Had One”