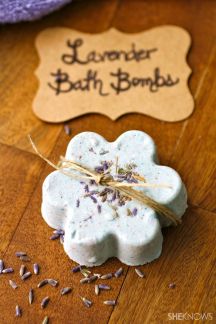 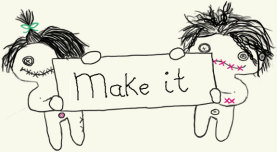 Another find on Pinterest, maybe this should just be assumed from now on unless stated otherwise? Yes…

I read through several recipes and I chose this one as it involved less ingredients and ingredients I actually owned!  The original pin link is HERE:

So I mostly followed the instructions, put lavender flowers in the moulds, 1/2 cup of powdered citric acid (it was sort of powdered, looked like salt) 1 cup of bicarbonate of soda (what gives it the FIZZ) and then mix with a whisk: At this point however, I deviated at the last second and switched the almond oil for olive oil as these are for other people and with so many people allergic to nuts it just seemed safer to me, I added extra lavender drops because I always do and I snuck in some sesame seed and calendula oil by Weleda from Boots. I also couldn’t find my red food colour at the time and added pink instead. Which seemed strong enough anyway because it still ended up more of a pink than a purple… I discovered that smoothing the mix with the back of the spoon helped blend in the oil and food colours as they tended to clump. Next you are required to spray the mix with a water. You need to use a misting spray bottle, not a direct spray bottle, this will just make the bicarbonate fizz like crazy and mess up the bath bombs. I’m not sure how much I misted it but I mixed it through every few sprays, paranoid that the fizz would disperse and I’d be left with a load of lumps of smelly stuff that did nothing when thrown in water. Then when it looked like wet sand, I had to find a handy assistant to stick their hands in and test the clumping effect, because my hands were not going in the wet-sand mix! With the clever use of a pestle as well as a “tart tamper” I put in a spoon full of the mix and then pressed it into the moulds. Though you need to be careful with shaped moulds as pressing incorrectly can cause them to loose their shape. I did worry that the quiet fizzing the mix was making meant that I’d added too much water and as I added the mix to the moulds I switched the small ones for the bigger ones as they were easier to fill and I was getting concerned as the mix became grainy and I was convinced that the bicarb had all fizzed away. (which is what the tiny one was for – a tester. But I tested it and it worked!) 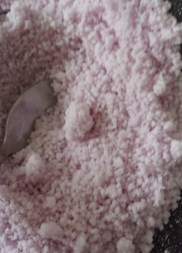 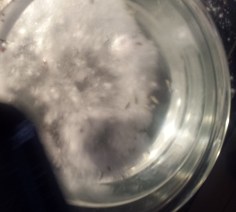 Having read through different recipes, I combined two ways of drying them. I left them in the moulds for several hours in the warm before turning them out and leaving them wrapped up in kitchen roll over night. I did discover that it’s a brilliant idea to NOT fill up the moulds because if you do, it’s far harder to remove them. When they aren’t full you can simply press on the bottoms and they fall out easily. And here is the finished item!