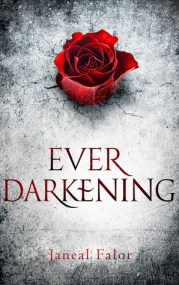 Perfection. Goodness. Elimination of evil. It’s what seventeen-year-old Kaylyn has trained her entire life to achieve. But no one is prepared for the consequences of her actually defeating all evil people on the planet. Finally successful in her mission, Kaylyn faces an unfamiliar world, full of good people doing good things, in which she no longer has purpose.
When the skies grow dark, and a stranger from another village pleads for her help, her instincts roar to life. It turns out their perfect world isn’t exactly what it seems. Kaylyn’s new quest, harder than any she’s been on before, will rip apart her friendships, her life, and her soul more than any evil man ever managed to.

I’m completely behind the balance theory within this book. That being said this is probably the first time – ever – that a love triangle has actually been IMPORTANT to the plot (even if we all saw it coming there…).

Honestly, while the second half of the blurb put me off, the first part, reminded me strongly of what “The Operative” (played by Chiwetel Ejiofor) said in Serenity, about how there was no place for him in the world he was building and that’s why I decided to read this book and I’m glad I did. I like the idea of it, even though there’s no explanation as to where or when this is, beyond that it’s NOT earth, but that they might be humans. I also thought for a time they were different species, but apparently not. Very little is explained at all, which made it all a little surreal and the final solution wasn’t going to work till it did which didn’t make sense. But I can’t work out why it did, because that shouldn’t have been enough. I think that Marsa was right but as nothing was explained, it’s hard to know for sure.

It’s an insular story, told by people who know how everything is as it happens while they’re with people who also know, so nothing is explained for the poor unknowing person, also known as the reader,  and while this sort of works I feel that the added information and world building would have strengthened the adventure, not taken from it. If it would have given too much away at the start, there was certainly room there at the end for investigation, considering how different everything was than they first thought!

I’m assuming this is a stand alone, I can’t see this going anywhere else, but at the same time there wasn’t quite enough. More explanation is needed.