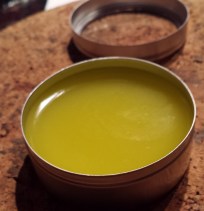 My mum has been having some trouble sleeping lately, she keeps waking up in the middle of the night and this is one of the things I made her to help. Luckily there was plenty to gift some to a friend of mine who also has trouble sleeping.

As always this is from pinterest and can be found here:

The “equal parts” for the essential oils is about 50 drops each which is mentioned further down the page. I actually halved the recipe as I only know of two people with trouble sleeping ( I could know more, but they don’t admit to it…) So, basically all you need to do is assemble your stuff: 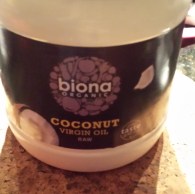 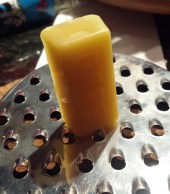 That’s beeswax by the way, not cheese…

What was good about this was that you use the microwave which is so much more convenient as the beeswax takes a while to melt. The most time consuming part was counting 25 drops of each oil. (remember I was doing a half recipe). Oh and I put most of it in a big tub and that took a long time to set…

While this didn’t quite solve my mother’s issue which was a pain resulting from tendentious keeping her awake once she’d woken, she said it gave her a far better quality of sleep when she had actually slept. I’ve since mixed some oils to help with the pain as painkillers weren’t working and the mix of the two is helping a lot. Hopefully the visit to the osteopath will help some more!

The problem I noticed with this balm was that it has a very low melt temperature. I know it’s winter and we have the heating on but it just goes to liquid so fast. I’d recommend swapping half the olive oil for coconut oil or adding more beeswax.

My try of this balm was a little redundant, as generally I have no issue sleeping. However I do sometimes wake up turn over and go back to sleep,which I don’t remember doing the night I tried this.