Top Ten Tuesday is a weekly feature hosted by The Broke and the Bookish that other bloggers are welcome to join in, to create Top Ten lists on varying topics. This week it’s Top Ten Favourite Heroines From Books. 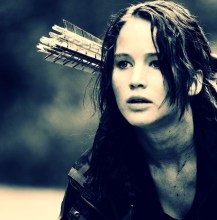 Now before you decide this is a cop out answer, let me tell you why, if I can actually manage to articulate it. This is a girl who has very little investment in the outside world. She lives in a horror zone and she knows it. She has her mother and her sister and as long as they’re safe the world is right. Both the book and Jennifer Lawrence’s portrayal of her leads me to believe that she doesn’t know how to react to the world. She’ll do what’s expected of her but she’s generally discovered people don’t like her to be her blunt self (except Peeta…and the capitol). Then the world interferes and nothing is going as she expects and I think that she’s perhaps surprised at how much fight she finds inside herself despite wanting to just be left alone. She fights until she’s broken. But she doesn’t stop there, she fights some more until she’s unbroken Peeta just a little and then she lets him unbreak her and that’s a pretty powerful message and makes her one strong lady.

2 Talia from Mercedes Lackey’s Valdemar series: Arrows of the Queen

She has it tough and if you’ve read the books you know why. But she doesn’t let it break her. She knows she needs help and she get it so that she can keep going because she knows that a lot of people are depending on her. But unlike many heroines, she doesn’t sit there feeling sorry for herself, she gets on with it and, in the end, she wins.

I’ve been lucky enough to read an ARC copy of book two so I’m ahead of you in this game, but let me just assure you, Kestrel is changing her world. And it doesn’t looks like she’s stopping anytime soon. I cant wait for book three!

Her story isn’t over yet either, but so far I’m impressed with just how well she’s coped with the change to her world and even her self identity. She had to adapt quickly and I think she’s done quite well. Her guy has been a little useless in helping her to be honest so she’s had to do it herself, luckily she’s teamed up with a whole bunch of other people who are able to help her with the epic path she has chosen. 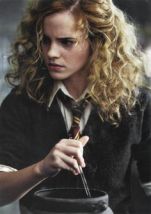 It was hard to choose a heroine from this series, but lets face it, the boys would have got nowhere without her. What I like about Hermione is that she’s almost a background character in that you don’t realise just how much she does until you actually pay attention to her. She’s a real girl, none of this wilting flower or mock masculinity, she’s emotional, she’s logical, she’s casual but she dresses up when she needs to and pulls it off perfectly, she’s not fussed about her appearance- too much, she doesn’t compromise herself and she’s pretty handy in a tight spot. Not to mention she loves books. She is unapologetically herself and let’s face it, she’s a total bad-arse – she punched Draco in the face! (and set a teacher on fire, kept that awful woman in a jar and she knows just what to do in any situation) She’s so good that in comparison Harry seems average but when you stop to think about it, you know he can’t be otherwise he’d never have made it anywhere. Also, she completely removed herself from her parents memory, gave them new identities and sent them off to Australia to keep them safe, which was pretty spectacular. Plus, she has great taste in men.

6 Delilah Bard from V.E. Scwab’s A Darker Shade of Magic

I only finished A Darker Shade of Magic a couple of weeks ago but I keep thinking back to how awesome Lila was. She had nothing, but she didn’t complain about it. She got on with life. She’s feisty and inquisitive. She fought like a bad ass! She wasn’t afraid to play dirty, even flirting to get her prize! But even though she didn’t know Kell (or even the young boy near the beginning) she had a strong idea of right and wrong and she wasn’t afraid to step up to fight, especially as she didn’t have too. 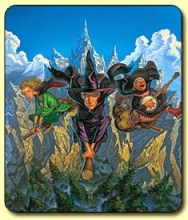 I love Granny Weatherwax! She’s hilarious. She’s a grumpy old woman, who likes her alone time and grumbles constantly about everyone! But she’s also strong. She stands up to anyone she disagrees with and doesn’t take any crap, even from the powerful wizards. She uses her sharp wit and sarcasm constantly, to confuse and outwit people. Just brilliant.

This woman is amazing! She’s like a lioness! She fights for her family. Everything is for the good of her family and friends. She’s a wonderful mother, even when she’s frazzled and shouting at them, cos we know she only shouts because she cares.

I couldn’t leave Kelsea off my list. I don’t know why but ever since I read this last year I have been longing for book 2! Mainly because of Kelsea and her bold attitude to everything. Kelsea is the new Queen. She always knew this was her fate, and because of it she lost her childhood, she spent it isolated from the world and made to feel as though no one loved her. Like Delilah she excepts her fate and just gets on with it. She’s brave and although frightened, she stepped up to the role of Queen and made very difficult decisions. Whether she stays on this list, all depends on the next book, and how she handles the terrible situations we all know are to come. 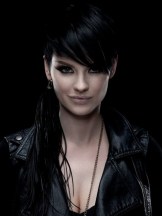 Some of you may know that Mary-Lynnette is my favourite Night World girl. But to me she’s more of a stubborn damsel in distress than a heroine. Rashel however… Rashel is Night World’s version of Buffy. She never gives up on her brother, even though everyone else has. She sticks to her belief and when it comes to it, she saves everyone! You go girl! Plus she tames Quinn who is just lush!