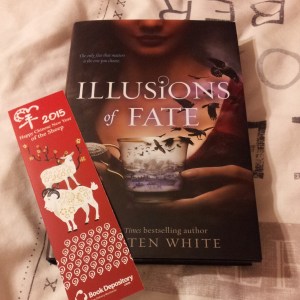 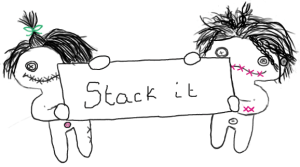 Stacking the shelves is a meme hosted by Tyngas Reviews. It’s a weekly haul meme designed for book lovers who need to share the enthusiasm for books that have been bought or borrowed and that you might not get around to review any time soon.

I haven’t had many books recently. It’s probably a good thing after that massive haul I had back in January.

This is the only book I have received:
Illusion of Fate by Kiersten White

Beautiful Hardback, just look at that cover! I’ve not read anything by Kiersten White but I’ve heard of quite a few of her books. It sounds interesting anyway. See what you think…

“I did my best to keep you from crossing paths with this world. And I shall do my best to protect you now that you have.”

Jessamin has been an outcast since she moved from her island home of Melei to the dreary country of Albion. Everything changes when she meets Finn, a gorgeous, enigmatic young lord who introduces her to the secret world of Albion’s nobility, a world that has everything Jessamin doesn’t—power, money, status…and magic. But Finn has secrets of his own, dangerous secrets that the vicious Lord Downpike will do anything to possess. Unless Jessamin, armed only with her wits and her determination, can stop him.

Kiersten White captured readers’ hearts with her New York Times bestselling Paranormalcy trilogy and its effortless mix of magic and real-world teenage humor. She returns to that winning combination of wit, charm, and enchantment in Illusions of Fate, a sparkling and romantic new novel perfect for fans of Cassandra Clare, The Madman’s Daughter, and Libba Bray.