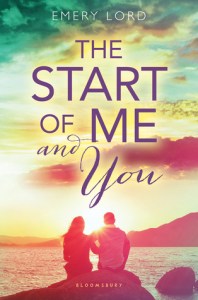 So I’m currently waiting on The Start of You and Me by Emery Lord.

Brimming with heartfelt relationships and authentic high-school dynamics The Start of Me and You proves that it’s never too late for second chances.

It’s been a year since it happened—when Paige Hancock’s first boyfriend died in an accident. After shutting out the world for two years, Paige is finally ready for a second chance at high school . . . and she has a plan. First: Get her old crush, Ryan Chase, to date her—the perfect way to convince everyone she’s back to normal. Next: Join a club—simple, it’s high school after all. But when Ryan’s sweet, nerdy cousin, Max, moves to town and recruits Paige for the Quiz Bowl team (of all things!) her perfect plan is thrown for a serious loop. Will Paige be able to face her fears and finally open herself up to the life she was meant to live?

The Start of You and Me is released on the 31st of March 2015. I’ve been swooning over that cover for months now but I’ve only just given in and ordered it. I’ve read so many fantasy books lately that I’m quite looking forward to reading a contemporary novel. It should be a nice change of pace. I’m hoping for a little angst but a slow paced romance and a fully developed character on a self-discovery mission. Fingers-crossed!

Apparently this is Emery Lord’s second book. her first was Open Road Summer. 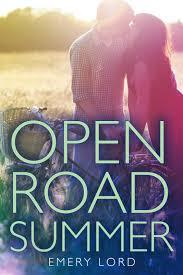 Another beautiful cover, I may buy this next if all goes well this The Start of You and Me.